You can get in touch via westmidschair@englandathletics.org 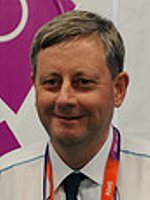 I got involved in the sport through my family, my mother Janet, was coached by Nelson Neal, and achieved modest success, before I arrived and ruined her career!  She then got involved with Sportshall athletics in 1978, and together we ended up running the Birmingham league for nearly 40 years.

When my brother Andy joined Birchfield Harriers I was asked to volunteer helping with results and officiating. I took on organising the Birchfield Open and became the club’s Promotions Officer. I have now been on club committee for almost 20 years. I also coordinate the club’s heritage work and am writing a book on the club’s first 100 Olympians.

The late John Bullen, and his wife Maureen recruited me into being an official – I tried most of the disciplines but concentrated on being a Starter’s Assistant (marksman) – I achieved Grade One (now level 4) in 1997 and have been officiating at meetings ever since, – including Olympic, World, Para, European and Commonwealth Games. This year I’m the Lead for the UKA Starter/SA Peer Group, just one of several officials’ groups I contribute to.

Since retirement from teaching I have become a Couch to 5k graduate and have almost completed my first 100 Park runs. I occasionally Orienteer but rarely have time.

I’m really looking forward to the next few years as Birmingham prepares for CG2022. There is a lot to do to promote our sport in the local area and beyond. 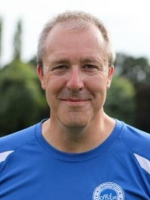 David is a coach, official and sometimes an athlete at Leamington C&AC and has been involved in the sport for over 10 years.  He came from the typical route of being a parent to children who took part, to being a helper and then later a full coach. David is an active member on the Club committee and represent the junior section as well as being the coaching co-ordinator.  Having successfully implemented a proper coaching pathway for young athletes at Leamington and been influential in creating a throws and jumps group, the structure is much stronger to enable the club to forward into the future.

His decision to join the regional council was to try to be a voice between the West Midlands clubs and England Athletics.  At the same time, he can gain a greater understanding of what the clubs would like to see England Athletics do for them. 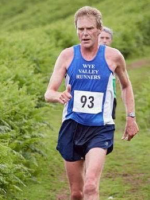 Martin has been running for over 40 years. Having secured a place in the second London Marathon, which he couldn’t run due to injury, he completed his first marathon the year after. He went on to complete 14 more, including 4 Londons, as well as numerous road, cross-country and track races for a number of clubs around the Midlands. Martin had a brief successful period as part of the Midland Masters, winning a few area titles and one national medal at 10 miles. In recent years, his ability to compete has reduced and he mainly runs for fun now. Having retired a few years ago, after over 30 years in NHS finance, he took on the role of Chair of his local running club Wye Valley Runners.

As a competitor, Martin was never particularly interested in the workings of England Athletics or its predecessors. He says, “I wanted to join the Regional Council, partly out of curiosity, but mainly to try to promote running within the sport. The growth of parkrun has been fantastic, but our new breed of occasional runner does not necessarily see the need to join an affiliated club. Unless we tackle this and help to address the many pressures that clubs find themselves facing, I fear for their future. I wanted to try to represent those running clubs in more rural areas, like my own and who compete mainly on the roads and cross country.” 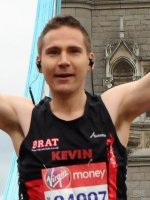 Kevin is from Birmingham Running Athletics & Triathlon Club (Brat). He has been involved in athletics since 2009 after participating in hs first 10k. Since then he has competed in Cross Country, Road and Track in the UK and abroad. He has also gained my endurance coaching qualification, degree in coaching and now taking a masters in sports management and coaching.

He says, “In my life I have struggled with Asperger’s and diabetes, however I have not let these barriers stop or slow me down.  Instead I use them to learn and help others who struggle with difficulties, helping them to overcome them and achieve what they thought would never be possible. When I’m not running or coaching I enjoy studying and kickboxing.”