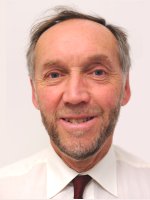 Richard is currently Chair of South West Athletics League, President of Taunton A.C., Secretary of the local schools athletics/cross country organisation, and organiser of frequent events for them. He is Team manager for Somerset Schools Athletics/Cross country, a senior coach in a number of disciplines and a long-standing official in a number of roles.  His job is Head of Athletics at King’s College, Taunton. Previously Richard was Secretary of SWAL and TAC, South West lead on cross country and helped to establish clubs and leagues in different parts of Britain. Long ago, he was a club standard athlete with various clubs around Britain.

He says, “The most enjoyment is drawn from seeing athletes develop their skills whilst having fun, whatever their level of success, and encouraging others to hone their skills as organisers, coaches and managers to make this possible.” 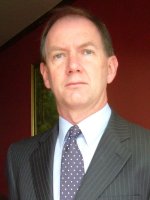 David has been involved in local club athletics since 1971 when he joined Yeovil Olympiads (YOAC) as a schoolboy; he was club captain for several years, and also captain of athletics at Bristol University. Running the 400 metres, he won South-West Inter-Counties on three occasions in the 1970s. After a period of road running in Yorkshire during the 1980s, David returned to the YOAC in 1990.  He achieved fifth place at the 2001 World Championships over 400 metres.

David still competes and topped the M65 UK rankings for 200m in 2020.  From the early nineties, he joined the committee of the Somerset County athletic association and became honorary Secretary in 2000 he currently holds that post. David took over the administration of the County website in 2002 and Championship Secretary for track and field matters in 2004.  He has the track and field portfolio on the SW Council since 2015, and has been the meeting manager for the SW Inter-County T&F championships since 2016.

Sonya Ellis is the appointed member responsible for clubs in the South West, you can contact her via south-west-council-clubs@englandathletics.org

Sonya started in athletics as an athlete and then qualified as a coach aged 17. She was Devon County team manger aged 16 and continued to be county women’s team manager. Sonya took on the role as South West Women’s team manager a few years later (and has continued in this role for the past 25 years). Sonya stopped training 20 years ago and focussed more on coaching, progressing through to Level 3 middle distance, children in athletics and then Level 4 combined events coach.

Sonya went from coaching in a couple of clubs, including her own club for 30 years, and moved on to coaching weekly for South West Athletics Club as head coach, Exeter University AC head coach and Taunton AC as sprints and mentor coach. Sonya coaches every day of the week and works with various groups from the age of 5 to 50+. She has a thriving disability group and two performance groups and two minis groups age 5-7. Sonya mentors a number of coaches including taking on and paying one or two apprentice coaches a year and also mentoring volunteer coaches in three different clubs. Sonya also visits clubs and schools and other organisation to support their students/athletes and coaches to raise standards in athletics and promote what a great sport it is.

Sonya worked for England athletics for 13 years as regional co-ordinator, regional manager and Club & Coach Support Officers before moving on to develop the sport outside of the NGB through an organisation she set up to promote athletics called South West Athletics Academy.

Sonya joined the council to be more involved with strategy and developing areas she strongly believes in and hopes to continue to do this through communication, listening to views and positive working with a range of people in the south west area and beyond.

You can get in touch via south-west-council-coaching@englandathletics.org

You can get in touch via south-west-council-officials@englandathletics.org