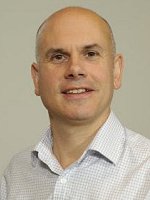 James came back to athletics in 2014, having been a sprinter at school, starting with a couch-to-5k programme in January 2014 with Ealing Eagles, before going on to complete the Ealing Half Marathon in September 2014 and the London Marathon in 2015. He has completed numerous other races, including the Berlin and Tokyo marathons, and has represented his club in numerous races including cross country leagues, Welsh Castles Relay and Green Belt Relay.

James started his coaching journey with the Leadership in Running Fitness course in 2014, before going on to qualify as a Coaching Assistant in 2016, Athletics Coach in 2017 and finally Endurance Event Group coach in 2018. James’s daughter is a keen athlete and he has done most of his coaching with young athletes to help support her journey. He helped to set up the Junior section of Ealing Eagles in 2015, before moving with his daughter to the youth endurance group at Ealing Southall & Middlesex AC in 2018. When his daughter moved to the multi event group at Windsor Slough Eton & Hounslow AC in 2020, James also moved and he currently delivers endurance sessions to the group. James has also recently developed an interest in Masters Athletics, particularly sprints and competed for Ealing Eagles in their debut season in the Southern Counties Veterans AC track and field league in 2021. 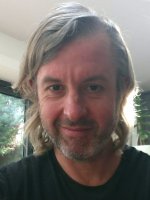 Tom has been running since 2013 when he took up the sport at the age of 37. Since then, he has completed 20 marathons along with many other races of shorter distance. He is an active member of his club, Maidenhead AC, and regularly volunteers with club events, and also at his local Junior parkrun where his two children take part as they begin their own journeys in the sport.

Tom will shortly be embarking on a master’s degree in sport and exercise psychology with the intention of pursuing a career as a sports psychologist. 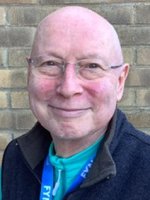 Stuart is Secretary of both Winchester & District AC and Hampshire Track & Field Championships, having spent over four decades in Finance across 21 countries. He has extensive experience as an international marathon Race Director and organiser of athletics and cross-country competitions. He is an active qualified timekeeper. Stuart has worked with local authorities, sports and educational institutions to promote the positive impact of sports. He has coached community athletics and football, while sharing running experiences. He also sits on the Winchester (University) Stadium Management Committee.

Stuart has run marathons and beyond on all seven continents, achieving the Grand Slam at the North Pole, raising six-figure sponsorships and donations. 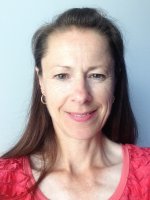 Kay became an athlete at 10 years old and competed in school, county and national events up to national senior trails events as well as a master athlete, predominantly as a hurdler.

She has been an administrator of the sport for many years and is currently Chair of her Club. She is a coach (previously on the national coach development programme-NCDP), an official (level 4P field and level 2 timekeeper) and is passionate about the continual development of the sport.