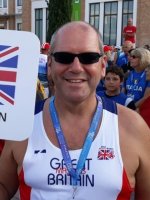 As well as being Chair of the North West Regional Council, Jon is also Chair of West Cheshire AC. In his teens he was a 10.6s 100m sprinter but a knee injury when 19 forced him to give up athletics at that time. 40 years later a serious heart attack lead him to need to improve his fitness, and he discovered Masters Athletics.

Since then he has been an active track & field athlete, and competes in Masters and Open events across the country whenever possible, usually in sprints and jumps, and has represented GB in World Masters Athletics Championships.

He has also become increasingly involved with athletics management, utilising his career experience in senior roles and directorships in strategy development and business change, to hopefully benefit the sport. 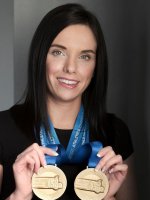 Lucy has been involved in athletics for over 25 years, competing at county, regional, national, and international level. Her proudest achievements include competing at the 2014 Commonwealth Games, winning the 100m and 200m at the World Masters Championships in 2018 and being awarded Life Membership to her club, Sale Harriers Manchester. 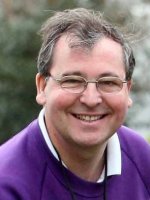 Dennis has been involved in athletics since he was a teenager, competing in track and field competitions, road races, and cross country events. He is now a Level 3 performance coach, a level 2 field judge, a level 1 track judge, the Track and Field Officer and Vice-Chairman at West Cheshire AC.

He is interested in every aspect of athletics and helps to promote West Cheshire AC by writing weekly press reports for the local media and compiles the weekly Club Newsletter.

You can contact the appointed representative for clubs in the North West via north-west-council-clubs@englandathletics.org

You can contact the appointed representative for coaching via north-west-council-coaching@englandathletics.org

You can email north-west-council-officials@englandathletics.org to express your views on officiating in the region.