You can get in touch via londonchair@englandathletics.org 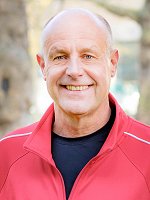 Adrian is a keen masters sprinter, competing at the World and European championships in both individual and relay events. He is a Leader in Running Fitness and member of both Vets AC and London Heathside Athletics Club.

A qualified Non-Executive Director, Adrian has held leadership and consulting in roles in several London brand, marketing and communications agencies and is now an independent consultant advising organisations on their brand and communications strategy. 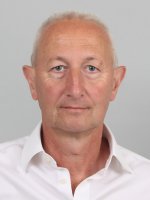 Mick has been active in the sport of Athletics for 40 years, 20 years as and athlete and 20 years as a coach, official, team manager and club committee member. He is currently chair of Cambridge Harriers and president of London Schools’ AA. Mick also worked professionally in the sport initially as Athletics Development Officer in Waltham Forest and from 2006 as the Manager of the Lee Valley Athletics Centre. He is passionate about the sport and what it brings to people. He says, “I believe I am a great supporter of grass routes running everything from Schools competitions to 10k races to stimulate interest and participation in the sport.” 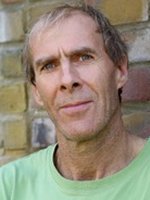 David has been a member of Hercules Wimbledon AC since 1976, competing at club, county, national and international level on track, road and cross-country. In 1990 he took on the role of England Junior XC team manager and helped select and run junior teams until he became GB XC Senior men’s’ team manager in 1995, a position held until 2004. From 1999 until 2004, David was also involved as a team official with the GB U20 Track and Field teams at European and World Championships. He says. “I would like to feel that I learnt a great deal from working with our elite athletes, not only the distance runners but also the sprinters and field event athletes and enjoyed excellent relationships with athletes and coaches.”

David has been a level 3 athletics coach since the mid-1990s and have held the post of Chairman of Hercules Wimbledon for the last five years, attending monthly committee meetings. As a teacher for over 30 years, he is actively involved in school athletics and helps out every year as a team manager with the Middlesex Schools XC team at the English Schools’ XC championships. 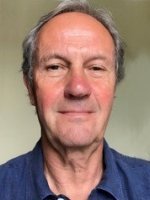 Tony’s favoured sport during school years was running – as his eye to ball coordination was never that good so football and cricket were generally ignored. He sprinted in the summer and ran cross country in the winter up to county standard. On leaving school, he became involved in importing fresh produce – after a few years he started his own business and then in later years was trading director in a PLC. Initially Tony concentrated on his career and then returned to run marathons in my 30s. Tony says his running days are now over, and is now a keen cyclist and gym user.

Tony has been a member of Belgrave Harriers since 1991, and for the past 2 years has been their coaching secretary. He started coaching in 1990 and is a level 3 coach at middle distance, long jump and triple jump; he specialisse in coaching horizontal jumps and spends time between Battersea track and David Weir Centre, Carshalton. Over the past couple of years he has been taking a lesser involvement in fresh produce and increasing activities in athletics. In fact seeing that there is a shortage of officials, he qualified as level 1 field judge. 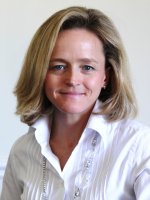 Mara is a two-time Olympian in the marathon and Commonwealth Games bronze medallist in the 10,000m. She retired from elite competition in 2013 and qualified as an Athletics coach. She now works self-employed doing coaching, mentoring, commentating, writing and public speaking.

She previously worked as a diplomat for the Foreign and Commonwealth Office, including being posted to Tokyo for four years. Most of her elite career was spent living and competing in Japan, and she speaks Japanese. She is a lifetime member of Harrow AC and a second-claim member of Thames Hare & Hounds. She lives in London. 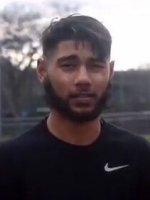 Ismail is a sports coach and behaviour mentor. He has been competing and involved in athletics since the age of 11 years old for Victoria Park Harriers and Tower Hamlets (VPH). He is a level 2 field judge. He is passionate about athletics and this is the sport he excels at. He aims to help, inspire and motive the youth of today.