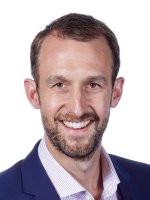 Matthew is a member and trustee of Peterborough and Nene Valley AC and held several committee and volunteer positions at Peterborough AC since joining in 2006. Matthew was Chairman of the club from 2013 to 2018. He remains an active athlete, coach and official (level 3 timekeeper and level 2 field judge).

Away from our sport, over the last two decades Matthew has held several volunteer positions including being an elected member of Peterborough City Council for 10 years, a trustee of the culture and leisure trust Vivacity and a governor of a local secondary school. As his day job, Matthew is a Director of Dalton Seeds, the largest family-owned business of its type in the country. 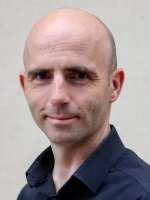 Trevor caught the running bug after securing a charity place in the London Marathon 20 years ago and have been competing in road and cross country ever since. His volunteering experience began with committee roles at Haverhill Running Club but over time that has increased to coaching, officiating and race organisation. He is currently Road Running Secretary for Suffolk County AA and was co-opted onto the East Region Council in 2019. Trevor’s passion for running and coaching led him into a career in clinical research focussed on the relationships between physical activity and health. 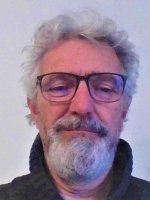 Having started out in IT, David transferred his managerial skills to a new sector and spent his last 25-years before retirement as a NHS manager delivering GP services and served as Governing Board Member of his local Clinical Commissioning Group (CCG).  David started to run in his twenties to lose weight, joined a club and went on to become Essex Marathon Champion, medal in the SEAA Marathon Championships and run a 2:31 PB.  A past County AA Committee member, David has been an Endurance coach for 36 years, with a particular interest in steeplechase, and is currently training to be a Starter.