It is with great sadness that England Athletics learnt of the passing of George Gandy.

England Athletics Head of Coaching and Athlete Development Martin Rush says, “George was quite simply a legend in the endurance coaching world, spanning generations of athletes.  All benefitted from his humour, humanity and expertise.  Working from his base at Loughborough University he created a world-renowned centre and home for endurance runners that lives today and will live on as a lasting legacy.  George was both an educator and performance coach.  Someone, who was as skilled at working with the wider student body as well as taking an individual to the heights of World Athletics.  He was heavily involved in coach education, passing on his experience and technical knowledge, delivering senior coaching qualifications, educating Loughborough PE students and presenting at conferences world-wide.

He directly influenced my own athletics career as I passed through the University on a teaching degree, with sage words, offered from his small coaching room in the pavilion overseeing the Loughborough University athletics track.  Athletics has lost a giant of the coaching world and Loughborough and the rest of the athletics community will remember him, for all those he guided and the lasting legacy he bequeaths.”

England Athletics National Endurance Lead Spencer Duval added, “It is always sad news when coaches pass away but when someone who has been around for what seems forever leaves us it makes you ponder the gap that they will leave. The knowledge and experience that George had will be missed. He loved to stop and chat and always had time to talk endurance with you. I spent many years at Loughborough with George as he was one of my university tutors. Some of his lessons may have been less interesting to non-endurance runners but his biomechanics sessions always ended up veering towards how the particular lesson related to running. Over the years since first meeting up with George I am sure we chatted about every conceivable issue and problem in the sport and sometimes managed to solve them!

His knowledge of the sport has been gained over many years of watching and talking to people as he seemed to always be at the track. George travelled the world not only with the athletes that he coached but also with University groups and then British Athletics and England Athletics teams. His experience covers multiple Global championships including 5 Commonwealth Games where he was England endurance coach. George had a profound effect on my career not only as an athlete but more recently as Endurance Lead for England Athletics. His words of wisdom were always well placed and his advice was always for the good of the sport.

A legend in any sport is difficult to quantify but George helped his athletes, the university, Great Britain and England teams and the sport in general. He definitely qualifies as a legend in my book and someone we shall all miss for that quick “George have you got a second to chat …”

Pictured below is George at his induction to the England Athletics Hall of Fame in 2014; click here to read his citation from that evening. 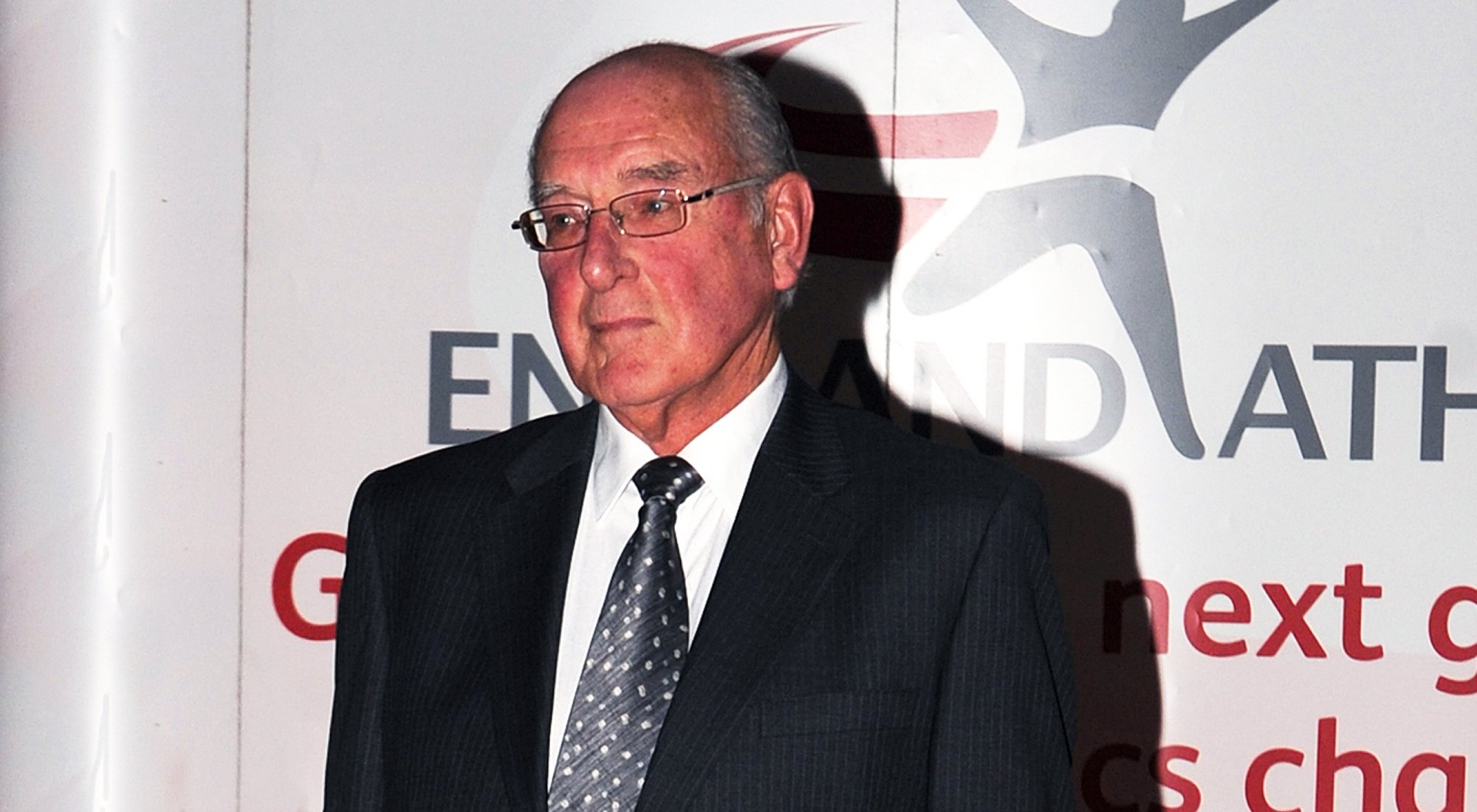 Both photos by Mark Shearman