Records were broken and combined events competitions nail bitingly close all day at Bedford for the concluding day of the U17 decathlon / heptathlon and U15 octathlon / hexathlon plus additional individual events set up for U18 athletes to give them opportunities to qualify for the U18 European championships which will take place in Jerusalem next month. 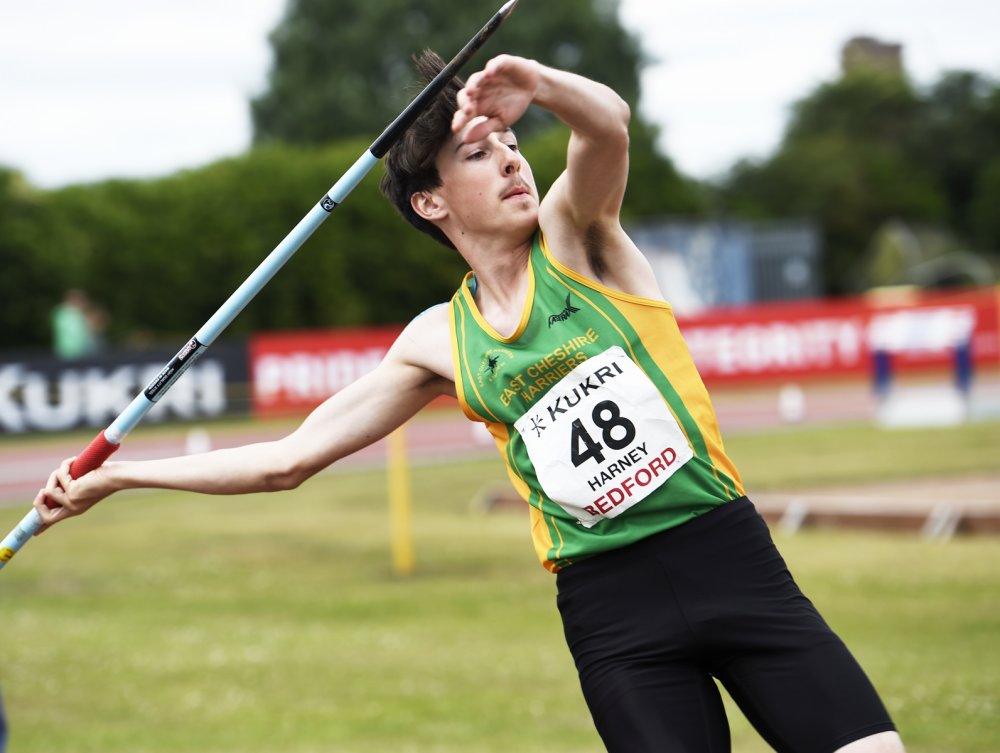 Sam Wright extended his U17 decathlon lead (4215) with a win in the 100m hurdles in 14.31 (+0.4). However, he gained only 1pt over Ethan Ellis, who was in second for both hurdles and overall at this point in the event – after clocking a big PB of 14.32. The discus was held in two pools and results allowed some of the lower placed athletes to shine: Bobby Pitman threw 37.69 (618 points), followed by James Harney a vital 40 points ahead of Sam Wright in Pool A, but Alfie Carter in Pool B was just 2cm below Sam.

The athletes next faced the technicalities of the Pole Vault. Aharon Graham-Mulvaney had a clean sheet right up to three failures at 4, and finished with a 590 point boost to his score while Ethan and Sam had enough credit to hold their positions after 5th and 12th places respectively going into the final field event, the javelin. A huge range of distances shook up the placings once more; Harney’s massive 40.60 propelled him into top spot for the first time during the weekend. He said, “I had a very nice javelin and I was also very happy with my hurdles – I got a PB in my hurdles.”

As in the Octathlon, it was also a great battle in the 1500m to decide the final overall placings between the two U17 decathlon leaders overall, Sam Wright came through with a great finish to win in 4:36.50 from James Harney (4:37.52). However, those 5 points were not enough to prevent the East Cheshire athlete to take gold with 5880 to 5757.

James spoke with us after having had his medal presented. He told us,

“It was a great battle with Sam and Ethan, both phenomenal athletes so it was nice to be among them. I’ve been dealing with a bit of a knee injury so I knew that the jumps on day one would be a problem but I came back on the second day, got a few PBs and managed to get back up there. Then for the 1500m, I didn’t run what I wanted but I was happy to stick with Sam and he ran a great race so I’m happy.” 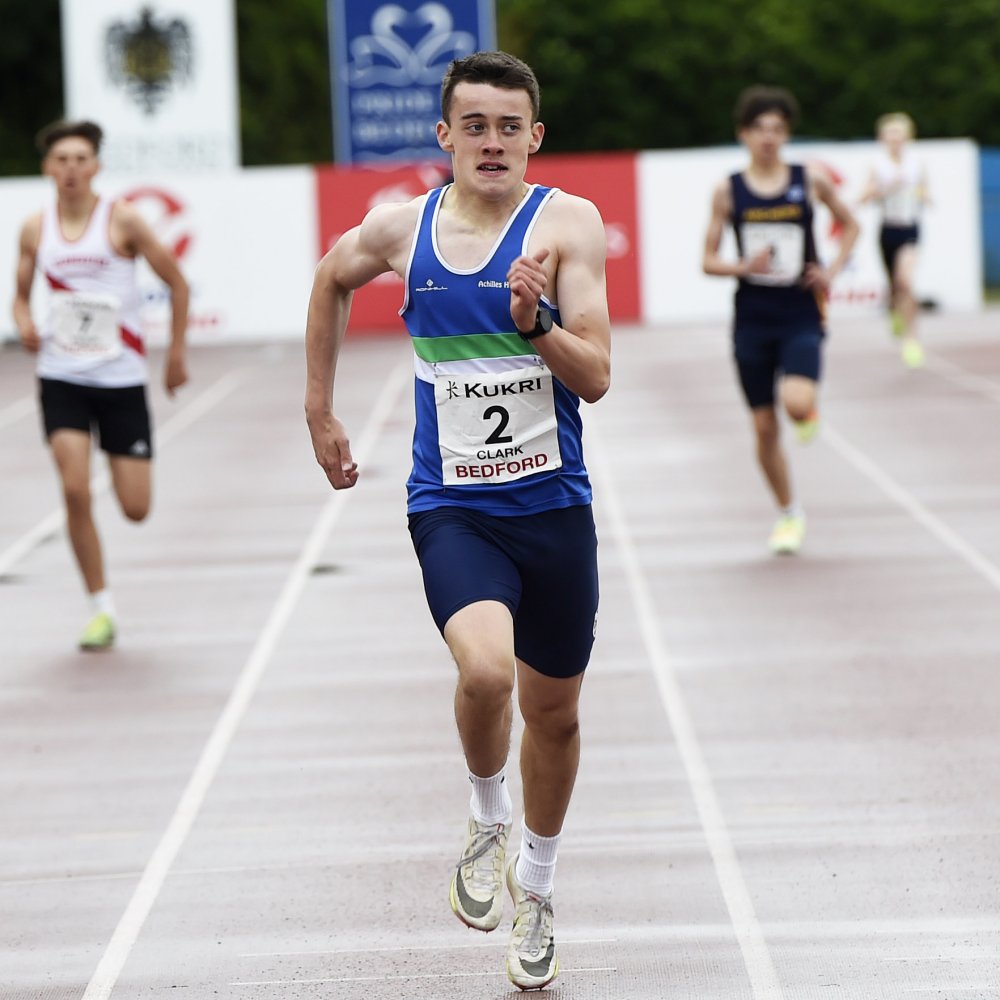 The day started well for Luca Phillips who clocked 12.22 to win the 80m hurdles from overnight leader James Clark (12.63 PB). The discus throw then saw Luca take another first with a throw of 27.88m to pull even closer to James who was still in the lead on points. Just 14cm shorter, Oscar Wilson’s throw closed the gap to the podium positions for him.

Next up was the pole vault, and this time James Clark vaulted 2.60 to Oliver Belbeck’s 2.40, and Luca would have been pleased to clear 2.10 in the unfamiliar pole vault – and that left him trailing by just a single point going into the 1000m.

Octathlon leader James Clark led from start to finish in the 1000m and took a big margin of victory in a time of 2:51.45, but it was a much bigger battle behind him for the other medal positions. Final winning points tally was 3882. Oscar Wilson was next home and then 10 seconds or so behind him four other octathletes battled for the line and a position-changing time. Oliver gained 3 vital seconds over Luca to take overall silver by just 25 points after all the efforts of the weekend from both athletes. 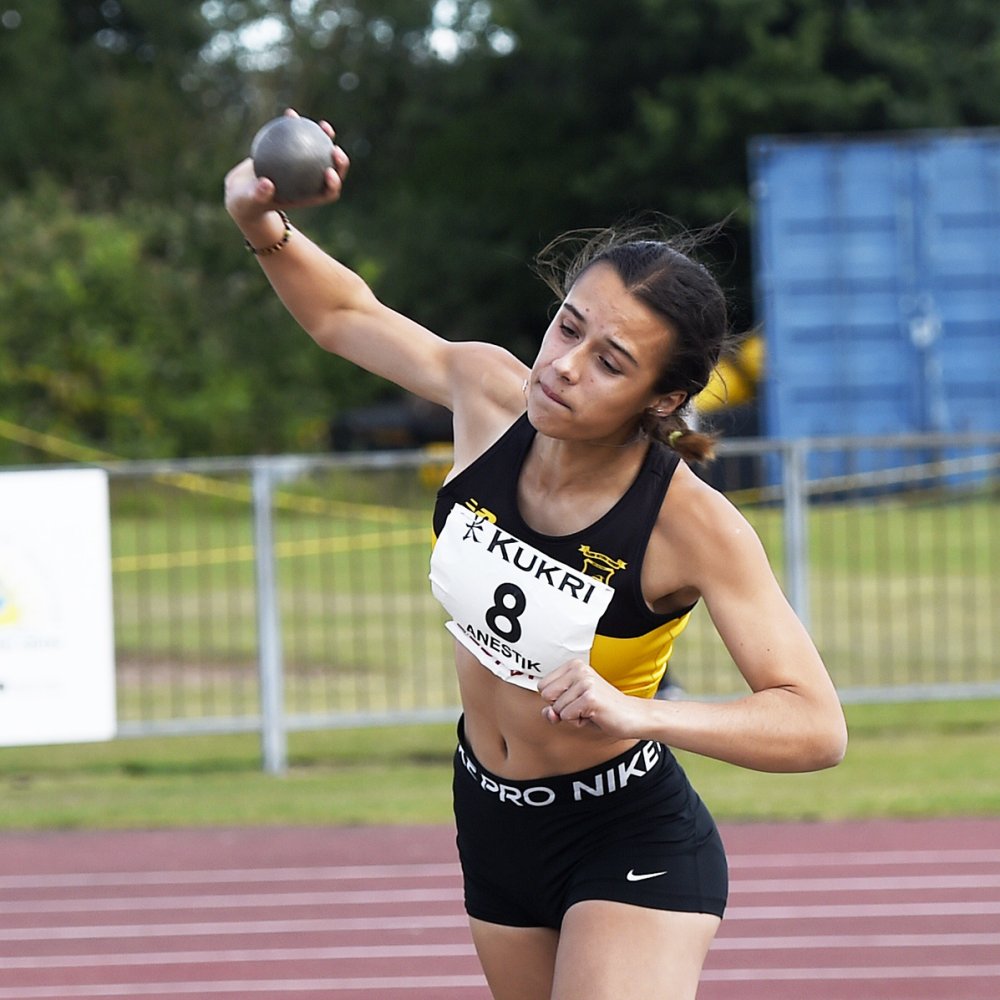 After two fouls, overnight U15 hexathlon leader Victoria Anestik came back with a 10.09m in the final round to top the shot put standings leaving Eve Drury just 5 points behind and Jessica Howells remaining in 3rd overall.

In the U15 hexathlon high jump, Megan Matilda-Taylor, Eve Drury and Victoria Anestik all had a best of 1.53m – Eve cleared first attempt, Megan took two attempts and once again Victoria left it until her third attempt to pull a result out of the bag. Victoria and Eve have been separated by no more than five points all day.

The 800m was not the strongest event for the overall leaders, and it was Molly Mills who took a convincing 2 lap victory with over 6 seconds clear of her nearest rival in the 800m, Mia Camara-Kearton in Heat B. However Eve did not start the race and so the gold medal went to Victoria Anestik, Jessica Howells took silver and Amy Hewitt who had competed steadily over the weekend just outside the podium positions finally earned the bronze. 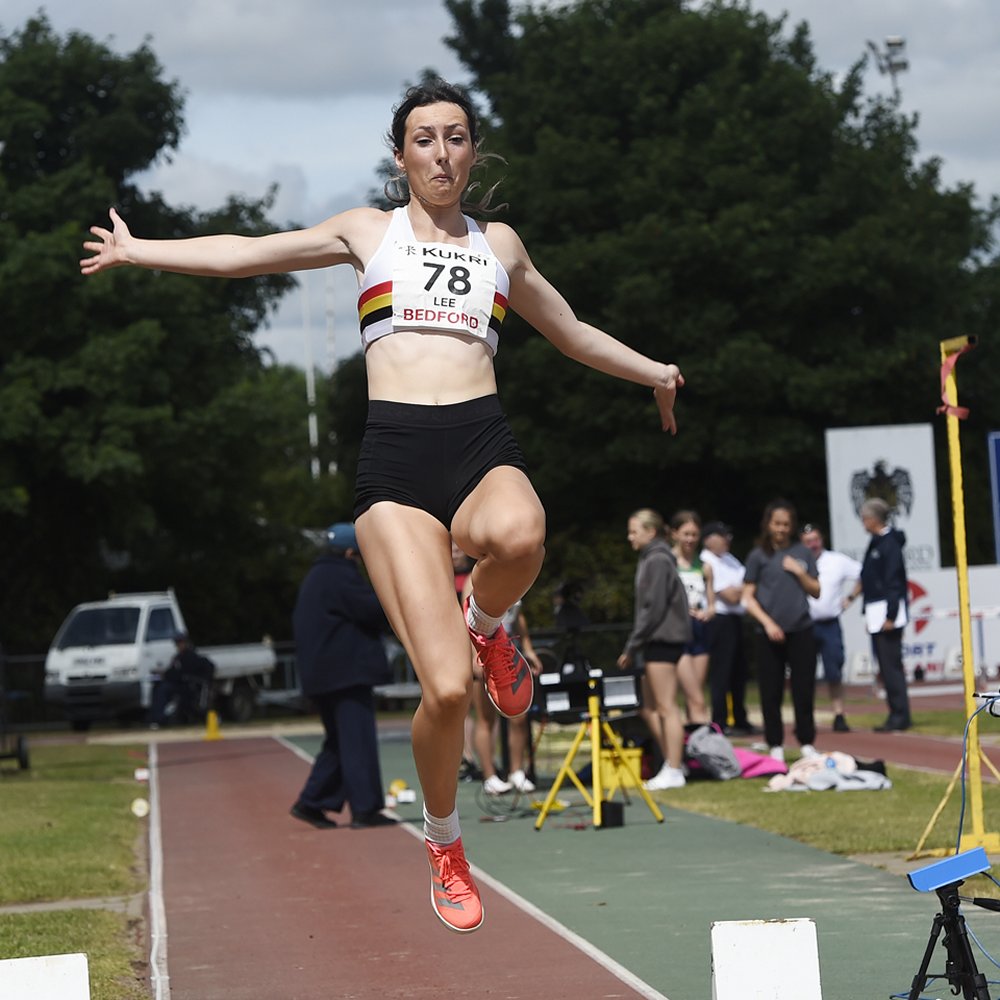 With just 3 events to challenge for the medals after overnight standings, Jessica Lee gained over 100points over her best competitors and took the lead in the heptathlon with 3627 after five events. But Jenna Hildritch fought back in the javelin and her 4 extra metres over Jessica saw her move back to top position by just 8 points.

Meanwhile, with a PB in the long jump and 26+ metres in the javelin, Sophie Lisk was snapping at their heels – as was Lucy Salter just 40 points behind Sophie after the javelin.

It was all to play for in the final 800m; on paper it would be very close between Jenna Hilditch and Jessica Lee with a projected finishing tally difference of just 30pts based on 800m PBs. Sophie Lisk set a PB of 2:26.19 to win the 800m. Just behind her Jessica Lee also ran a PB as did Ella Teasdale in the other heat and split their times. Jessica therefore secured gold with 4656. Jenna Hilditch won silver with 4619 and Lisk bronze (4500).

Results are also available on the Roster Athletics app.