A two-year plan to bring the World Mountain Running U18 Cup to Ambleside in the Lake District has had to be shelved due to Covid. But in its place a Home Countries U18 International race over the planned 5k/240m route will take place on Saturday 24 July.

Teams from England, Scotland, Northern Ireland, Ireland and Wales will compete in what is a great opportunity to get some quality International racing and development in during these uncertain times.

The selection race for the England Team took place in Ambleside on 19 June and the quality of the young English mountain runners shone through again as both girls’ and boys’ records were broken in a fast race. 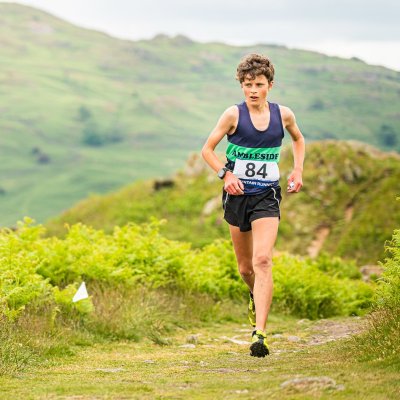 Charlie earns his first England vest by winning the Trial race. He has won all 3 of his age group races this year, including the Fell Inter-Counties. Toby was second in the Trial race by a handful of seconds. He competed for England U17 in the last Junior Home Countries International in Wales, finishing 8th. This is also the first time in an England vest for Jacob, who was not far behind in 3rd place in the Trial race. He comes to Mountain running from Triathlon/ Duathlon having won his last 3 events as an U17. William gains his second England vest, by finishing 4th at the Trial, having competed in Wales in 2019 at the JHI coming 12th. 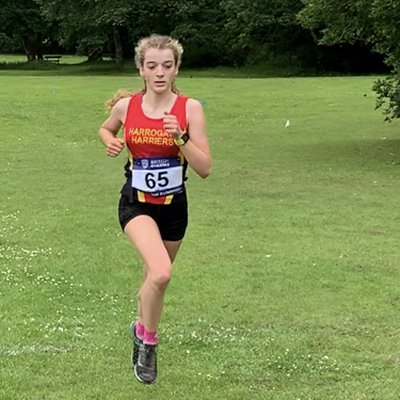 We wish them all the best in the Home Countries International!

Photo of Charlie by Steve Ashworth, photo of start and Eve by Duncan Richards