The men’s and women’s elite races took place on a cool but sunny and still evening around Ipswich’s quayside and the two-lap traffic free course also attracted good crowds and plenty of spectator support. The races followed and afternoon of participation events that included club runners, Run Together groups, corporate teams, families and local school children.

The pre-race favourites in both the Men’s and Women’s races lived up to their billing producing two top-class performances on domestic soil. The strength in depth of the fields and the raft of personal bests demonstrated that when the best athletes in the country come together, fast times and quality races can be achieved on home turf.

The elite women raced within a mixed race, which included many good male club runners. Laura Weightman (Morpeth Harriers) was quick to get out fast from the start and capitalise on having the male runners around her. “I went off a little faster than I was supposed to” she told us afterwards, “but having the guys in the race kept me racing hard until the end.” Weightman won the race an impressive 30 seconds from the rest of the field with a personal best time of 15:21. However, despite the winning lead, the strength in depth of the chasing pack was impressive and a great race emerged for the silver and bronze as they went through the first lap. By the time the pack had turned back along the quayside towards the finishing straight it was Claire Duck (Leeds City AC) who pulled away from the rest to clock an excellent 15:51, followed by Nicole Taylor (Tonbridge AC) in 15:57 smashing her previous best for the distance. There were a further 14 women who went under 16:30 on the night and many setting personal bests in doing so.

Following his performance at the BM10k in Brighton last month all eyes were on Nick Goolab (Belgrave) from the start. There was talk of him tackling the British road record of 13:30 held jointly by Sir Mo Farah (2006) and Rob Denmark (1996) and Goolab certainly threw down the gauntlet from the start. At 2k he was on track for the record and by the time he turned onto the home straight the possibility of record was still hanging in the air. Keeping great form, but clearly fighting hard to the line Goolab clocked an impressive 13:34 with the record remaining intact, until next time maybe?

Similar to the women’s race a chasing pack of men were battling it out for the silver and bronze. Phil Sesemann (Leeds City AC) added another silver to his growing collection of England Championship medals in a time of 13:43. Whilst Adam Hickey (Southend AC) who also medalled at Brighton added a bronze to his collection in 13:46, before dashing back to Southend to start his evening shift as a Fire Fighter. All in a day’s work for the elite athlete!

Twelve men went sub 14:00 on the night and 14 women went sub 16:30 with a host of personal bests achieved in both races.

The team competition was also competitive, but with a strong contingent travelling down from Leeds, the city club clearly meant business and made it an impressive double team gold with wins in both the men’s and women’s races.

Road Running Manager Charlotte Fisher said “The Ipswich Twilight 5k showcased a superb championship event alongside a festival atmosphere, celebrating running at all ability levels from beginners to elite. Carl Ashton and his event team and Ipswich Jaffa AC volunteers did a fabulous job of hosting a Championship event and it was great to see this rewarded with some fantastic performances by the athletes on the day.” 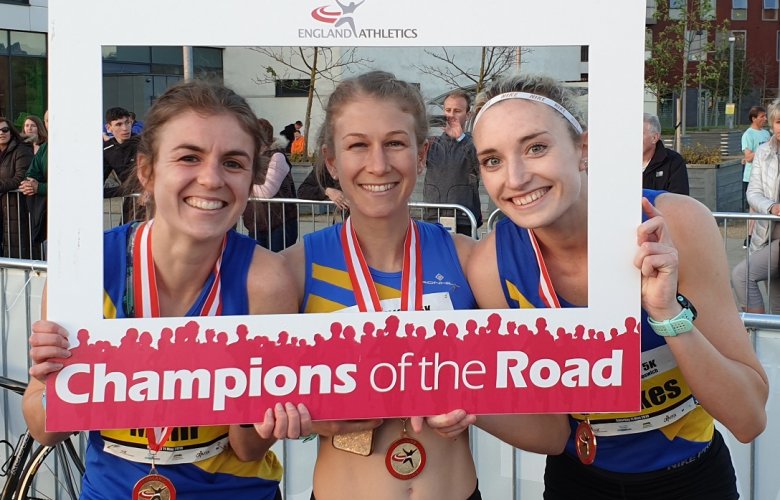 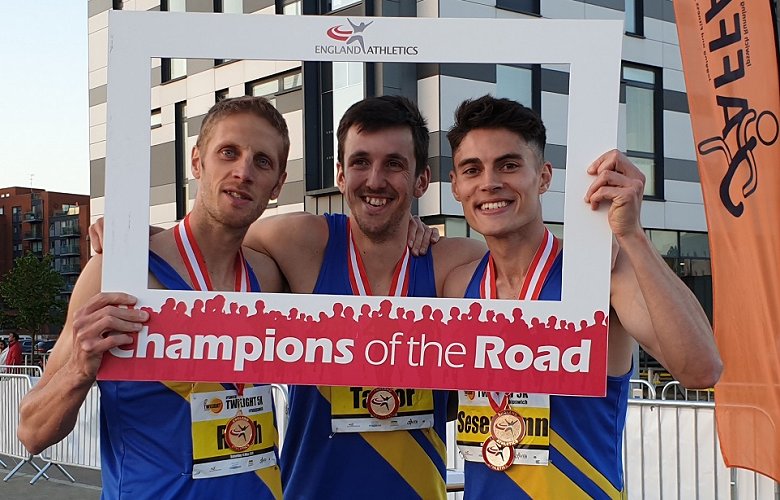