This year the English Road Racing Association 12 and 6 Stage Road Relay also included the British Championship as well as the usual English Championship. Invites were sent out to Northern Ireland, Wales, and Scotland, asking for three clubs to enter both the men’s and women’s events, alongside the English clubs for this spring event. The men’s teams had all qualified via their area championships, and entries closed with a total of 70 teams in the 12-stage, including Central A.C from Scotland and Swansea and Pontypridd from Wales.

They may be modest, but Michael Ellis and Jamie Goodge sum up the nature of the event. Perhaps no other competition in English athletics relies more on team spirit and teamwork. After all, the English Cross Country Relays, for example, involves up to only four runners per team, whereas last Saturday’s senior men’s race at Sutton Park required clubs being able to put out 12 runners – six in the case of the senior women.

On a day when some prominent clubs were unable to assemble teams of a sufficient size, Ellis highlighted the need for depth and allowing for last-minute dropouts.

“It’s always a case of, for a 12-man team, you need 18 people, so we’ve got to the point where every person in that team today on their day could break 15 minutes for 5km in a road race. It’s just that consistency. We have no real superstars, but you can be just solid the whole way through.

“Mansfield (the national cross relays) is great fun; we love Mansfield. But, for us, because it’s only a four-leg race, if a club has got a superstar, the amount of damage they can do proportionally is a lot greater.” 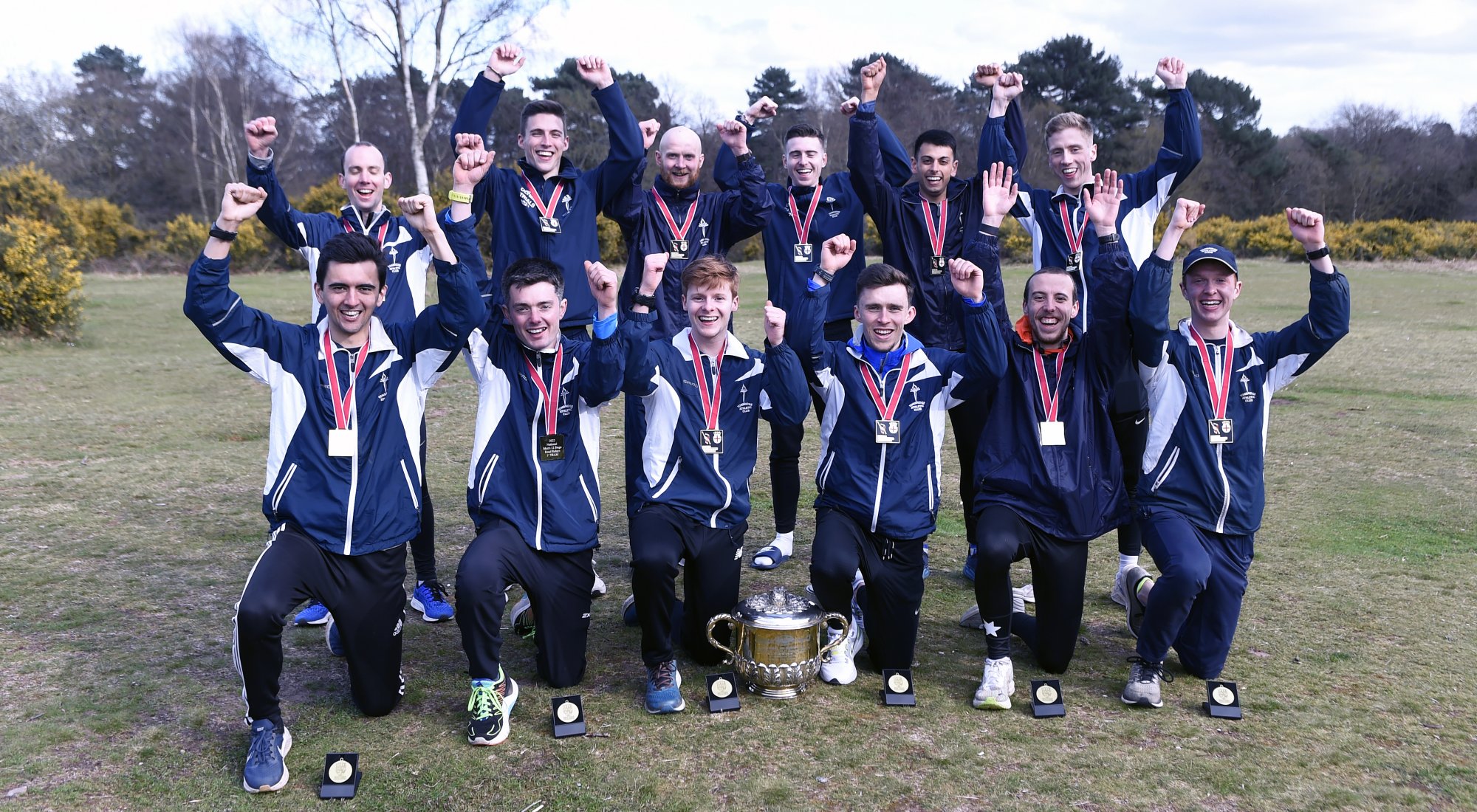 Priorities have changed over the decades but the national relays, which are organised by the ERRA with the support of England Athletics, remains a prominent fixture on the calendar for club athletes across the country. The event was first staged in 1967 as a replacement for the London to Brighton Relay, which had previously been considered the national championships.

Watching on Saturday was Peter Crawshaw, an England Athletics Board non-executive director, who enthused about the history of the event.

“The word iconic is much overused today but I think it’s absolutely an appropriate description for this event. We’re not the organisers of it, but we’re very pleased to be recognised in the programme. It’s a superbly run meeting and one of the highlights of the athletics calendar. It’s a superb location and there’s a huge amount of history to it. You look at the programme at the names in the past. Some big names from the early days and that’s continued throughout.”

Such is the status of road relays that clubs who have success in them such as Salford Harriers, twice winners of the men’s trophy and champions on the women’s side for the first-time last weekend, attract new members for that very reason.

Sinead Bent, who ran anchor leg for the women’s team on Saturday, said:

“Winning here means so much. We always target the relays. Salford is known for the relays, so people tend to join us to be in a relay team so, yes, it does mean a lot.”

Although running and athletics tend to be all about numbers, the nature of road relays means watching it unfold live is somehow less about statistics and more about pure sporting drama. Of course, afterwards, enthusiast will pore over the list of fastest-leg runners and runners themselves will compare themselves against their rivals to evaluate the worth of a run over the non-standard 5.38 or 3.16 miles. However, given the fact the exact speed or times of the respective athletes aren’t obvious at the time, it’s all about seeing the teams compete.

And what drama Saturday’s men’s 12-stage race produced. With the race lasting more than four hours, one could be forgiven for thinking it was all done and dusted by halfway. Indeed, Highgate Harriers led all the way from leg five to leg 12 – from about 1.20pm to gone 4pm.

Ultimately, though, Tonbridge’s Benjamin Murphy overtook on the final stage to win by 13 seconds. Although his run was only equal 16th fastest short leg overall on the day, this was an example of the theatre overriding the figures. Jamie Goodge, who had run Tonbridge’s third leg and then watched the rest of it unfold, said afterwards:

“I think we knew if we were within 90 seconds with three legs to go, we might have a chance. When it was about a minute on the last leg, we thought okay maybe it’s going to be close. Four and a half hours of racing and it comes down to about 10 seconds. Crazy stuff.”

If there is any doubt about how important this event is to so many runners, we’ll let Ellis have the last word:

“Last time we won this I was the 13th man (first reserve), two years ago at the national cross, I fell with a mile to go and got overtaken by our sixth scorer so to actually finally get in a team winning a national medal means so much. I can’t even describe it. I’m actually lost for words for the first time in my life.”

In the women’s event, Swansea also entered a team, but how strange the start line up was without Aldershot Farnham and District AC. Not even Mike Neighbour could remember the last time that had happened.

The race itself proved to be a procession for a youthful Salford Harriers team. Third in the Northern championship, Salford had since recruited Eleanor Bolton the current Northern Cross Country champion to their ranks, and Eleanor on that key first leg, recorded the fastest long leg time of the day on her debut for the club. Salford were never headed during the race. They recorded two out of the top three fastest times on both the long and short legs, and won both the English and British Championship under the astute guidance of team manager Sean Cordell.

Highgate Harriers also had a good day. 5th on the first stage, they moved up to 2nd place on leg 3, thanks to Yasmin Goater, down to 3rd on leg 5 but snatching the silver medal position  on the last leg as they overtook Basingstoke & Mid Hants A.C.,  by  43 seconds. All the top 3 clubs were awarded English and British Championship medals. Local club Birchfield were 4th followed by Liverpool Harriers 5th.

Special mention to Gemma Steel, Charnwood A.C. On leg 3 Gemma pulled her club up 5 places and recorded the fastest short leg time of the day 17 .17, some 43 seconds faster than the 2nd fastest.