A good day for England at Belgium Cross Cup

Running in the Belgium Cross Cup event in Diest, England’s athletes had a good day with 3 wins and a 2nd from the 4 races they had teams in.

The most successful of the ECCA-backed England teams was the Senior Women; they set the pace from the off and drew away from the field. In the end Eleanor Bolton won with 24.30, 11 secs ahead of Kate Holt. Kate Avery was 3rd, while the 4th place went to Jess Gibbon with 24.44 and Sophie Tarver finished 8th with a time of 25.12.

There were further wins in the Under 20 races with Ellen Weir winning the women’s event recording 17.41, 20 seconds ahead of Pippa Roessler. While Samuel Mills won the men’s with 23.02, behind him was Johnny James Livingstone (23.08) and Rowan Miell Ingram was 3 seconds behind for 4th.

The Senior Men’s race went to Belgium’s Michael Sommers – who took 5th in the recent European Championship in Dublin. He was ahead of England’s Mahamed Mahamed and Soufiane Bouchikhi. It was Mahamed who did most of the early work in Diest and soon only Somers and Bouchikhi could follow him. In the final kilometre Somers stepped up a gear to win. Also for England Alex Tueten finished 10th, Jack Gray 12th and Bob Alcock 19th. 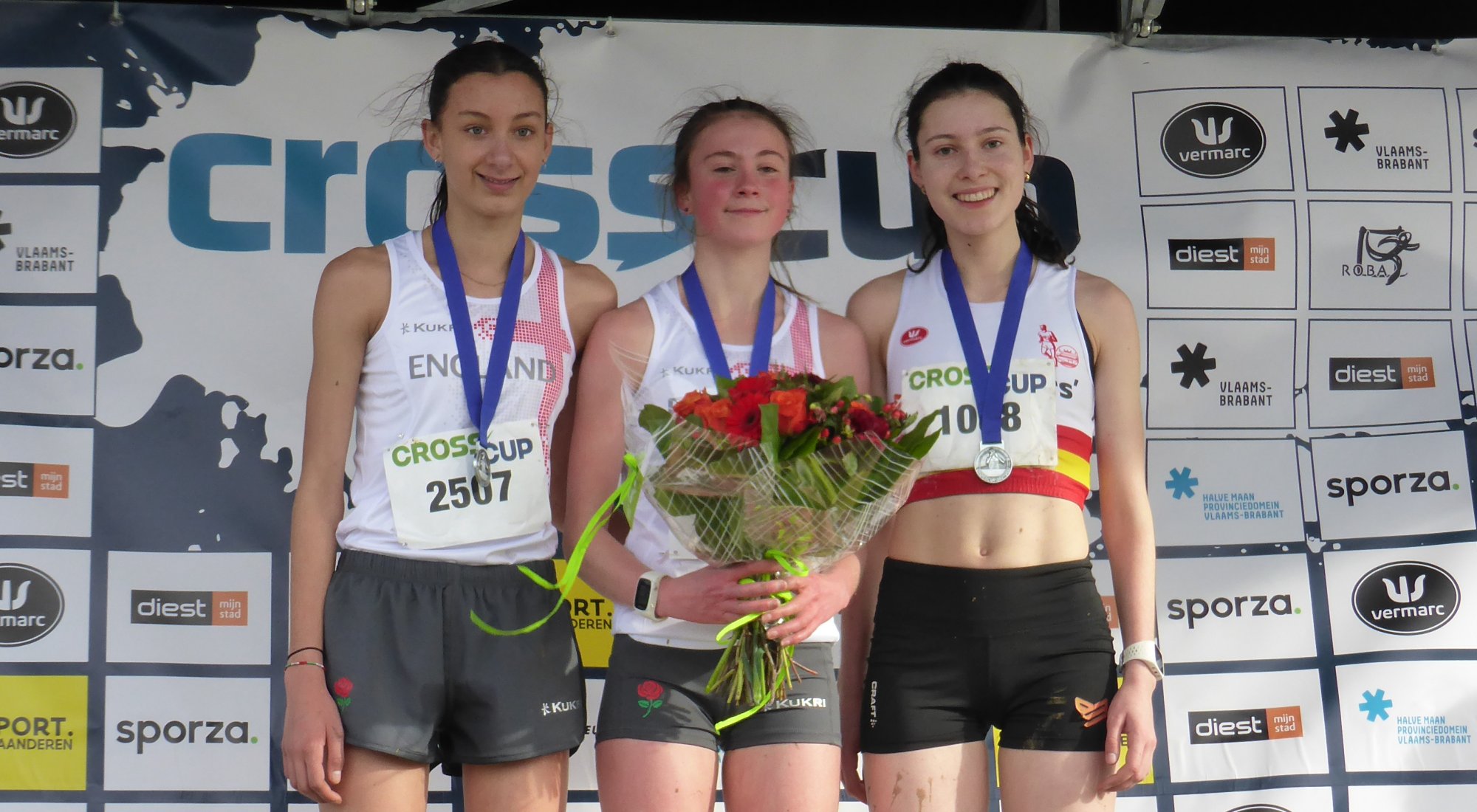