During a gala evening on Saturday in Birmingham, eight new inductees were welcomed into the England Athletics Hall of Fame for 2022, and our England Athletics National Volunteer Award winners for 2021 (announced in January 2022) were also invited and recognised on stage for their outstanding work as coaches, officials, and leaders across the sport’s grassroots. The BBC Unsung Hero winner Sam Barlow from FitMums and Friends, and Runners up Janice and Richard Kaufman were also invited.

Bringing together our Athletics Greats and those who support them in their journey is a unique experience for the sport and each inspired the other. As Olympic High Jumper Steve Smith said,

“I feel immensely privileged and humbled to be in room with people who have dedicated their whole life to the sport, club volunteers, officials, coaches who changed my life – we are so lucky in our sport they are volunteers.”

Following announcements of the launch of the WAAA 100th anniversary exhibition in The Athletics Museum website and of our new charity Personal Best Foundation, the evening kicked off with the presentation of awards to athletes and coaches followed by our national volunteer award winners from 2021 coming up on stage.

We caught up with some of our Volunteer Award winners too – they were presented with their awards during an online event back in January. Coach of the Year Jon Tilt (Southampton AC) acted as spokesperson on stage. “It’s a massive honour,” he told Kath Merry. “We’re all immensely proud but we represent thousands of people who volunteer for the sport.

Helen Pickard (Stevenage and North Herts AC) was England Athletics Unsung Hero of the Year. She said, “Winning the award was a bit overwhelming – I just work in the background and background people often don’t get noticed.” Young Volunteer of the Year Ashley Watson reported that since January she has now completed her England Athletics Sight Loss Awareness course to become a Guide Runner. Her mum told us,

“All the children look up to her which is lovely. As well as competing as a sprint hurdler she is always there for the younger ones.”

Also having personally developed since January was Leader of the Year Josh Taylor (Bridlington Road Runners).

“I am now coaching, having gained my CiRF qualification. I coach athletes aged from 7 to 17 and I love to see the way they improve as they grow.”

Sitting next to Josh was athletics fan Patricia Leighton who told us, “Like all our volunteers he’s a hero. It was lovely to see this young man receive his award.” Les Barnett won our prestigious Services to Athletics and Running award. He said, “I’ve been involved in our sport for over 60 years and it’s amazing to see some of the older athletes here who I judged in competition – they are all retired, but I am still judging and coaching. In fact I officiated Hall of Fame inductee Howard Payne in Birmingham and taught Kath Merry’s parents to officiate!”

“The Club has been going 112 years and we’re just a small part of it. We are very proud to receive the award and it is displayed in our clubhouse.”

A man of many talents: international hurdler, founder of a major sports agency and chief executive of World Athletics.

First to be inducted into this year’s Hall of Fame was Jon Ridgeon. Dave Moorcroft presented the award to Jon and stated, “From being a young athlete to head of World Athletics is a testament to his talent and commitment to the sport.”

Jon said, “It is wonderful to be in a room full of inspirational people who are so passionate about the sport. On my table is my coach Mike Whittingham who made an enormous contribution to my development. Since retiring, I have had some wonderful roles in sport and to work at World Athletics is a great privilege.”

Jon’s advice to young athletes? “Make sure you find a great training group – have fun, train with like-minded people and find a great coach. Train hard but don’t take it too seriously!” 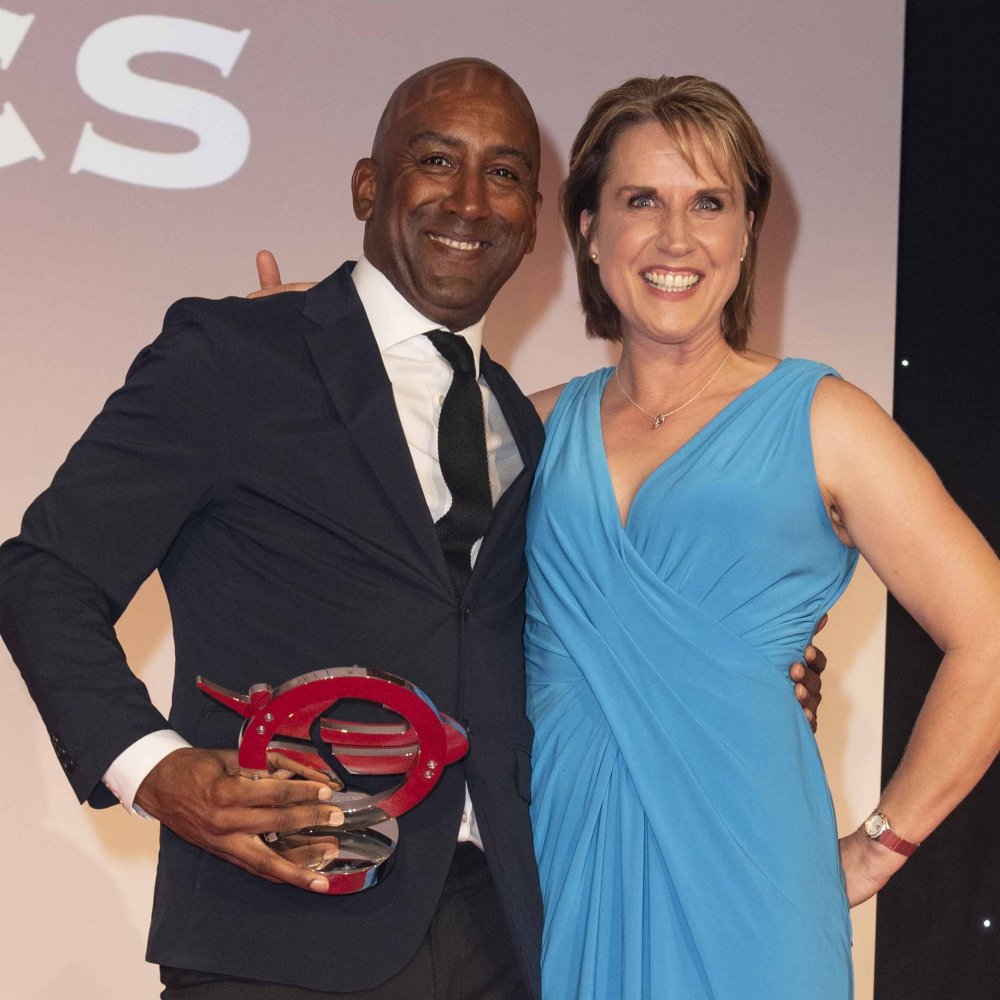 John lives in Belize so his award was collected by his son Paul. Paul told us that athletics coaching meant a lot to him; many young athletes talked about medals, but it was more important to him to see what they could do beyond athletics. He wanted to leave a legacy by developing  young black girls and boys in the 1970s and 1980s – many are now coaches, physios, or doctors.

His son said, “Dad demonstrated that you have to stand up for yourself, work hard and try hard – but stay humble.”

Remarkable international steeplechaser who won the Olympic title by more than 100 yards in 1920!

Percy’s family were traced after a long search by England Athletics staff but unfortunately were unable to attend. His award will be passed to them and they will be invited to next year’s event. 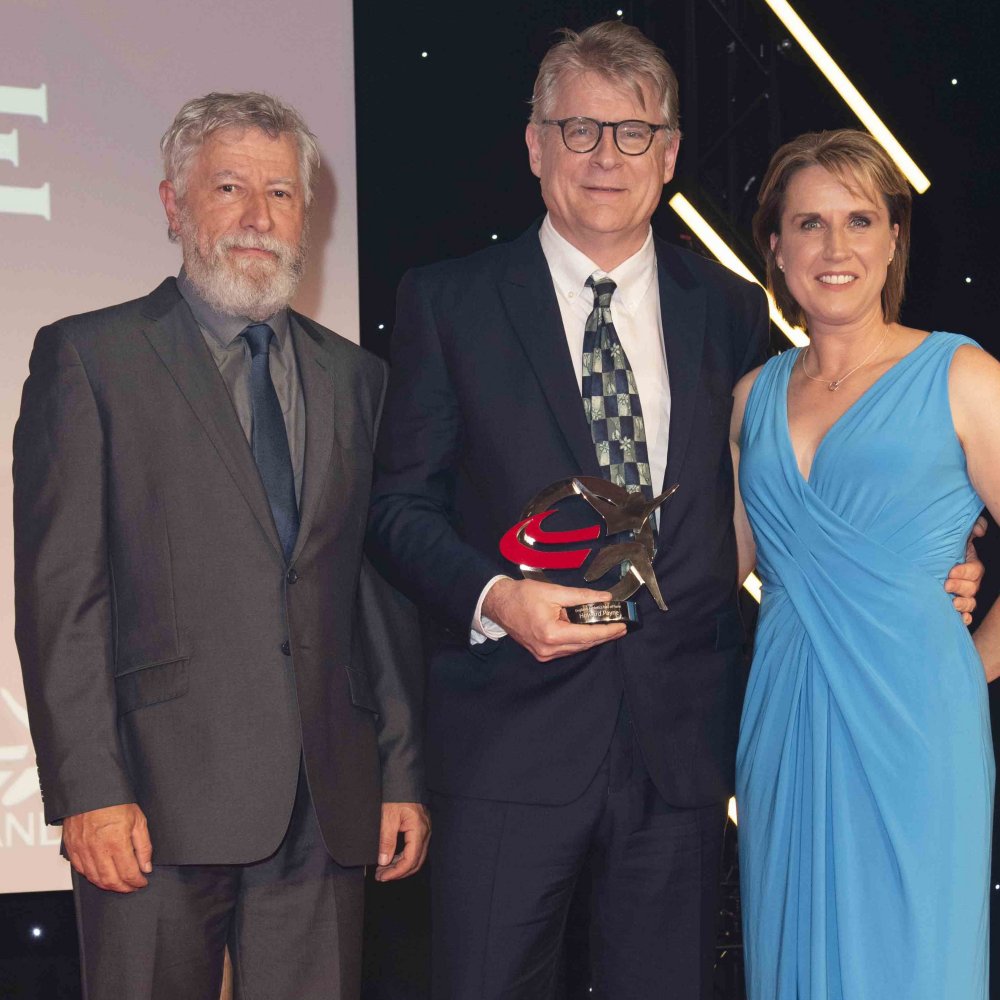 Howard’s two sons Andrew and Russell came up on stage to receive their father’s award. When Kath Merry asked them about their memories Russell told us.

“He didn’t like to lose. Those who beat him generally were beaten at a later date by him.”

Andrew added, “He was more than our dad he was superman to us. It’s an incredible honour to receive this award.”

Frank Attoh accepted the inductee award on Keith’s behalf as he lives in Australia, but reportedly plays online backgammon with him regularly. Frank recalled,

“When he was jumping over 17m, he almost came out the sandpit and landed on the track.”

Trailblazing and much respected hammer thrower who broke new ground and new barriers in women’s throwing.

Another athlete now living abroad, Sophie sent us a message from her car in California. She said, “I was very much surprised to be inducted into this year’s Hall of Fame – it’s a great honour to be inducted with so many other great athletes.  I have had some great memories with England Athletics.” 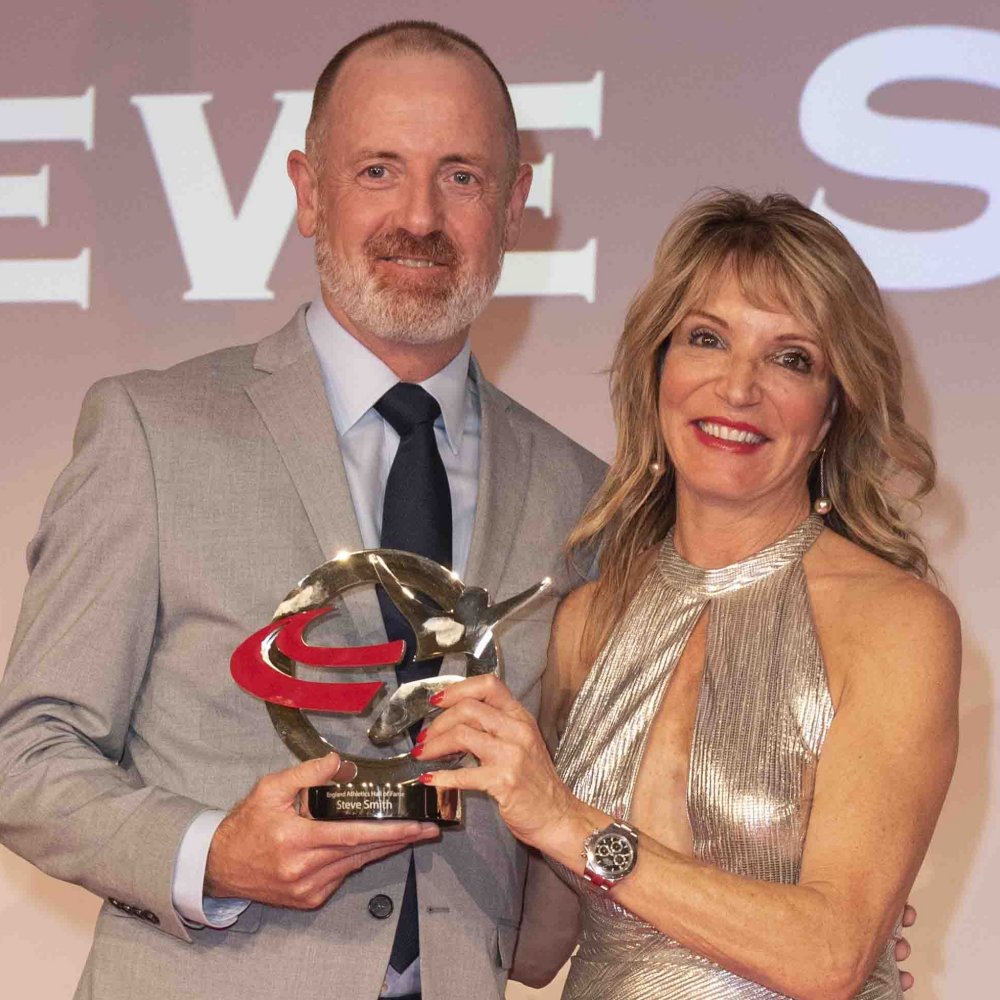 Wendy Sly presented the award and said, “I am in absolute awe – to think of someone jumping over 2.38m is just staggering. The technical ability of field eventers is amazing; I just had to run around a track!”

When interviewed by Kath Merry, Steve said that at age 19 he was inspired by athletes in Barcelona and just wanted to make an Olympic Final with them. “4 years later I was able to take that moment to win the medal.”

Decathlete Dean ‘Machine’ Macey is a giant personality and talent whose sporting achievements culminated in Commonwealth gold in 2006.

Unfortunately Dean was unable to join us tonight, due to having to isolate at home. However in a surprise finale, he sent a video message to the audience to say he was gutted to not be able to attend in person. With the sense of humour he is renowned for he told us he had bought a new jacket, waistcoat and tie for the occasion which he could now return. He finished by telling us to always wash our hands, then getting up to switch off the camera to reveal he was in a true video call state of dress – smart top half only!

England Athletics Chair Gary Shaughnessy had the last word of the night before guests had the opportunity meet old friends and mingle with the newer athletes.

“It’s a privilege to recognise and celebrate the success of so many inspirational people this evening. We have seen young talented people to give us hope for the future.”

Frank Attoh presented the 2022 award to Paul Head, saying, “Without guys like him I don’t think the sport would survive.”
In reply, Paul said, “My passion is to be involved, and it keeps me feeling young as I get older. The secret to great coaching is to ensure 2 way communication, give them the passion they deserve and make it enjoyable.”