Sian Thomas shares the highs and lows in her journey to becoming a Level 4 Official and taking part in the 2022 Commonwealth Games.

My name is Sian Thomas and I’m a Level 4 Official. I am a member of Medway and Maidstone Athletics Club and Kent County Athletics Association. I began officiating when my son started competing for his club as an U13. When he was 11, he asked to go to parkrun. I went with him and it was here that our love of athletics began. After a few weeks, when I could run 5k and he started getting quicker and quicker, one of our fellow runners told us about a local athletics club. We went along.

Where it all began

A few months later, having sat through a sunny Saturday of competition, I decided to do a Level 1 Officiating course so that I could help out and know what I was doing. The next season I officiated at every event that the club had young athletes at!

At one of the league meetings another official suggested that I sign up for the county championships – I already had my Level 1 at this stage.  I did and as I had enough experiences got a report for my Level 2. I was shocked at how supportive and friendly people were – I guess I had found my tribe.

I went on to get my Level 3 and started to attend regional meetings. I then took on the role as County Secretary. By this time, I was regularly officiating for a number of clubs (the one we had initially joined had merged with Medway and Maidstone but I had not found my feet there yet, so I was often at Tonbridge, Blackheath and Bromley, Dartford or indeed anywhere else I was needed). Soon enough, I was working towards Level 4 – but then there was Covid. 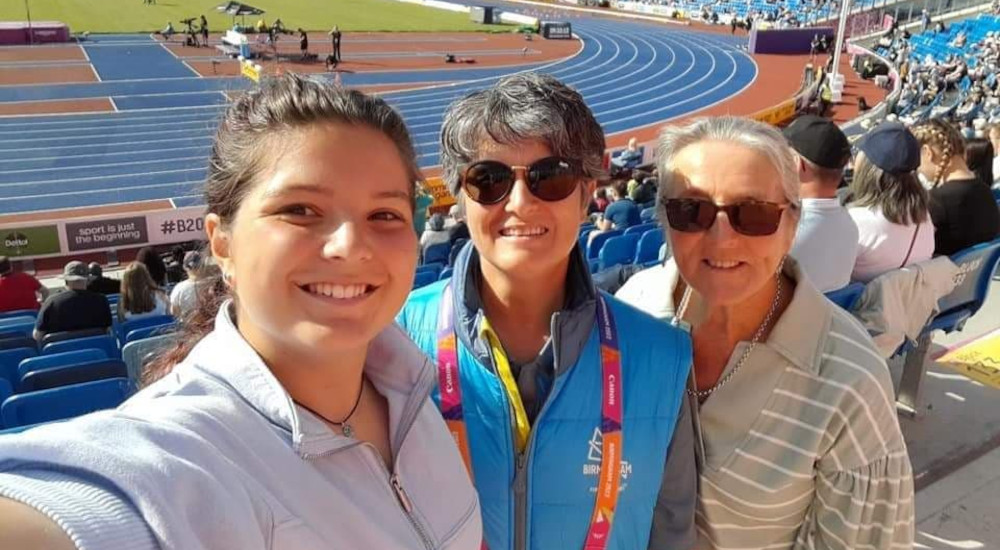 Bumps along the road

I really missed officiating during the pandemic. When competition returned, I officiated at all of the local open meets and was very happy when Kent decided that it would hold its County Champs in May the following year despite the quite stringent conditions on competition to keep everyone safe. I had a referee report and a clerk report that weekend – it was completely exhausting, the weather was terrible but the competition was buzzing.

The following autumn I got my Level 4 and in the winter heard that I had been selected for the Commonwealth Games. Whilst I was very excited, I also found out (the same day) that I might have some serious health issues.

This is where the inclusivity in our sport comes into its own. Over the coming weeks I had so many procedures but every step of the way I had encouragement from my club and fellow officials. When I missed the Tri-Counties indoors (how I thought I would make it a week after having stoma surgery now seems crazy), I had so many good wishes I thought I would burst. By the start of the outdoor season, I was well enough to take on light duties at many of the early competitions. I even had my report for Level 2 track at the County Championships.

But the Covid backlog meant that my treatment was being pushed further and further back! It was a fellow official who finally managed to get things moving and in late May I embarked on my 28 sessions of chemoradiotherapy. I was so scared that I might also get Covid I only went to athletics – it was outdoors and so the risk was minimised.  At every competition I was made to feel very welcome; it reminded me of everything I had to live for.

As the weeks passed and I got weaker and weaker I wondered if I would actually make it to Birmingham. In those final weeks of treatment, I couldn’t drive, be trusted to make decisions or really do anything. When the burns from treatment were more than I could bear and just surviving to the end of the day was my priority, I kept remembering the advice of a fellow Southern Official to give myself time and not make hasty decisions. 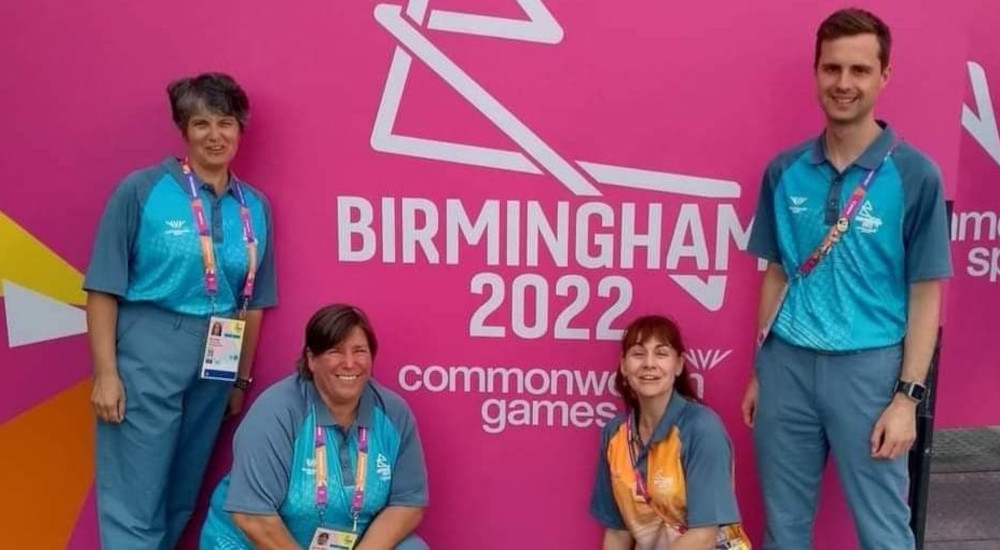 As promised, ten days after treatment ended I started to improve. So, when I was invited to Bedford to drive the buggy for the U20/U22 Championships I thought I had to give it a go. This was the weekend before Birmingham and two weeks and a day after my treatment ended.

I was working with a fellow Level 4 official at Bedford. I explained to her my situation – a few weeks out of chemoradiotherapy, a stoma that was unpredictable at best and some dietary requirements that were far from ideal. She probably thought I was mad, but over the course of the hottest weekend on record we made sure that every athlete was reunited with the stuff they left in the box at the start when they finished their race as well as starting a friendship I feel sure will endure. And I proved to myself that the Commonwealth Games were a possibility.

I got to Birmingham and enjoyed the preparation for the games, even if I did still wonder if I would actually be there on the day. I was on the fantastic Long Jump team. I had met one team member before and decided (as I had throughout my illness) that I should be open with them about my condition. Without exception, everyone at the Games was amazing. I was supported through every day despite the early mornings, late starts and the unusual mealtimes.

I loved officiating at Birmingham. My highlights were singing (badly) the Welsh national anthem in the corridor waiting to go onto the field of play when Olivia Breen was being awarded her T37/T38 gold medal. And after my last event on the field of play walking back from the Long Jump and realising that I had managed to live my dream.

So what next and what can we do to make officiating inclusive?

Well, after the games I went back to officiating local leagues, County Champs and regional and national meetings. I love our sport and hope to have the opportunity to continue to do this for many years.

I would love to become more involved with work on inclusion particularly in athletics officiating. It is critical from grass roots to the highest levels that we use all of the talents people have. I was so supported every time I set foot in an athletics stadium because the officials I work with week in, week out are such a lovely bunch. I am privileged to have been able to be an official at the games and I would hope to help others take similar opportunities in future.

Of course, I have also had huge support from my family and friends – my Mum who lived with me to look after my children when I was not able, and my children who have been the most resilient throughout a difficult year. Also work, who have provided fantastic support. At Christmas I will find out whether my treatment was successful and hopefully have a good prognosis. So far, things are going as well as I could hope for.

Find details of all upcoming Officials’ courses for qualifications and development opportunities. We are currently only running virtual courses.