Track completion at Daventry marks the start of a new era

The athletics track at Stefen Hill Sports Ground in Daventry is now complete after 8 years of only half a facility. The redevelopment has secured a long-term future for the track which is now extended to a full 6-lane 400m synthetic surface.

Funded by the Daventry District Council, the construction works began in August 2020 to Daventry’s “J” track. 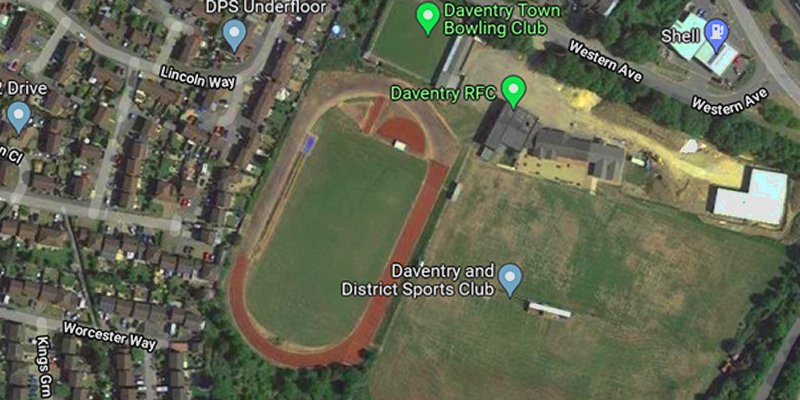 Upgrades have also been made to the jumps and throws areas and the facility now benefits from new floodlights which will allow training to take place during the winter evenings. Anchor points have been installed in the throwing circles for seated throws and a new accessible pathway has been built, making it a more inclusive facility.

“The upgrades are brilliant for the athletics club (Daventry AAC) and local community groups including Daventry Road Runners. The improvements will benefit all event groups and have made it a friendly and safe environment for training. We even have a new portacabin serving as our club house”.

“Hats off to the club at Daventry AAC. They worked tremendously hard back in 2014 to upgrade half of their 400m cinder track to a synthetic surface – a 200m “J” track. But this was just the beginning for the club which continued to develop and grow.

In 2020 they convinced the local council to invest in the upgrade of the remainder of the old cinder surface to complete a full 400m oval. A brilliant example of never giving up on your ambition and great news for both the club and local community.”

It is hoped that the improvements at Stefen Hill Sports Ground will enable the club to flourish and encourage wider community use. Facility bookings have already been made for primary school and district-level athletics events, marking the beginning of a new era for Daventry and District Sports Club.

Click here to learn more about England Athletics’ commitment to raising standards of track and field facility provision across the country.