Our clubs helping Santa dash through the snow

We went on a search for our very own Santa’s Reindeer Clubs and RunTogether Groups and asked them about about their club / group and their highlight of the year….

The Datchet Dashers clubhouse is overlooked by Windsor Castle and when members were running in the Great Park, the late Queen was often seen driving by. Although a small club, they’ve had several poeple represent England at Masters level. The most special thing this year for the club was the return to normality after COVID restrictions – being able to train, run, compete and socialise together. Photo at Endure 2022: an insight into how much the Dashers love their running – even the longer distances. 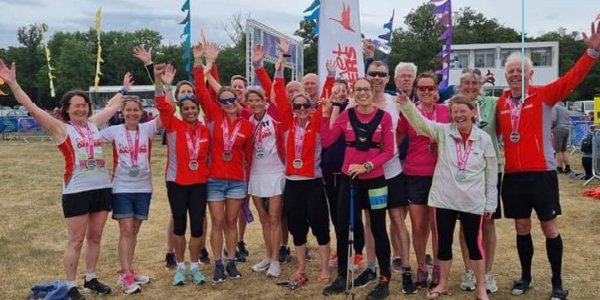 The Comets Road Running Club are a very small London-based club and regard themselves as “a social club with running in the name”. They aim to help people achieve their goals without the pressure to compete. The photo shows some of the members on one of their runs in Hyde Park. 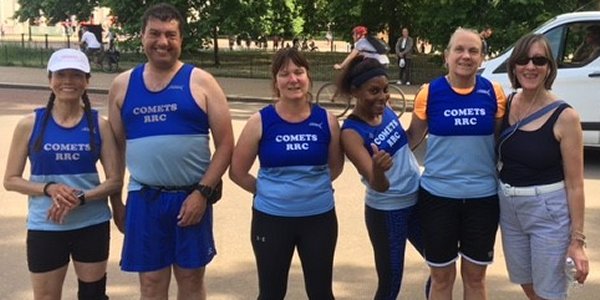 Cupid brings extra love to Love’s Farm Runners during the holidays and this year was no exception. The RunTogether group told us that the best thing that’s happened this year was their long-awaited Christmas meal together full of tales of injury, more support and cheer. “It was lovely to see each other socially again.” The best thing about LFR is the way members support each other. The leaders are all committed to helping every member of the group and this was vital as they ran through Covid.

Doncaster AC were really pleased to have exceeded 1000 members in 2022. The club hosted two outdoor cinema experiences  – Mamma Mia in the summer and Hocus Pocus in October, with over a 1000 tickets sold. They raised £1585 for charities supporting underprivileged children, and also and contributed £100 worth of food to local foodbank.

We spotted Blitzen running away from us very fast – wearing one of Usain Bolt’s vests! Usain is one of our funetics ambassadors and Blitzen was off to one of our Christmas funetics holiday camps to have a lot of athletics-related fun!

Prancer – Run Leeds, organisers of Prancer in the Park

Run Leeds is a citywide not-for-profit project, funded by Sport England and Leeds City Council. They support the Leeds running community, whether a potential runner, a beginner, returner, or have been running for years. Breaking down barriers to running and raising the participation of under-represented groups remains a high priority for Run Leeds. Run Leeds have previously organised a number of ‘Prancer Round the Park’ events in Horsforth Hall Park. 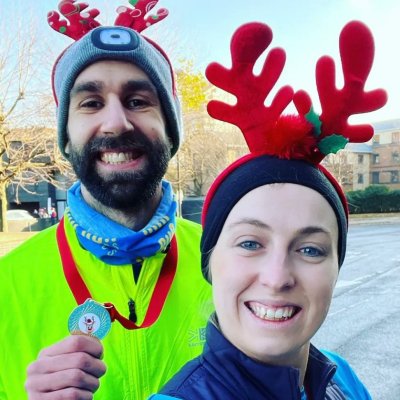 Recovery Runners Community is for absolutely everyone and anyone; you don’t have to be in recovery from drugs or alcohol. Everyone is recovering from something. The Recovery Runners community’s motto is “Healing souls with soles” and they bring people together for the love of running and supporting worthy causes.. Their 2022 highlights were the Leeds Dock Relay and the Rudolph River Run – proceeds went to supporting people coming out of addiction, donations for the local Salvation Army food bank, and toys for Leeds Children’s Charity at Lineham Farm.