On Saturday 14 March Chris Jones visited Mansfield Harriers Athletics Club alongside Tim Soutar, one of our elected Board Members. The purpose of the visit was to attend a special centenary dinner marking the Club’s one hundred years of bringing athletes together.

Formed as an offshoot of a Nottingham club in 1920, Mansfield Harriers met in many and varied locations until settling at Berry Hill track in in 1958. The club also underwent some name changes but has been known as Mansfield Harriers, its original name, since merging with Mansfield Running Club in 1983.

Chris noted that Mansfield Harriers has produced many fine athletes over this period of time, including 14 who have competed at International level since 2000. These include Olympians Ricky Soos and Rob Newton, as well as Billy Farquarson, Emily Collinge, Steph Pywell, Steve Liago and Liz Lilley, all of whom have represented the club at World Championship level.

The club attributes its enduring success to a strong volunteer base which enables it to cater for athletes at ever level, from International to Fun Runner. Those volunteers have earned accolades both for the club and themselves, and now enable Mansfield Harriers to fully participate in schemes such as Run Together, operate an active Junior section and field athletes at every level of competition.

Chris said, “I want to congratulate the club on everything it has achieved over the past one hundred years, and am sure that with their enthusiasm and the calibre of their organisation they will continue to equal that achievement in years to come.” 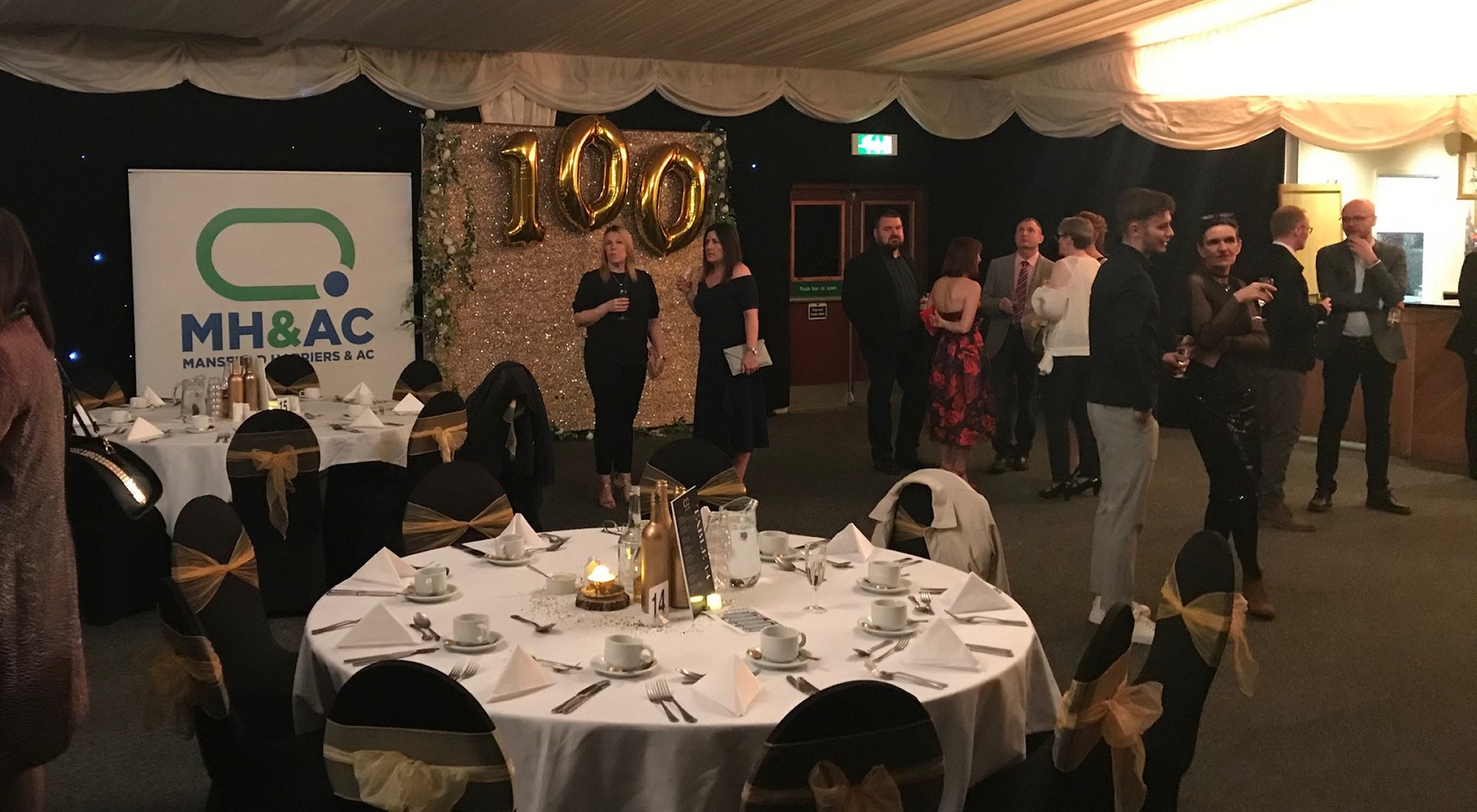