At England Athletics, mental health is a year-round subject. The mental health charity Mind has reported that more than half of adults, and over two thirds of young people, say that their mental health has got worse during the pandemic. That’s why we’re hosting a series of online Let’s Talk About Mental Health events throughout 2021 and 2022 – to get the sport talking!

Through six speaker and panel sessions, we’ll be sharing stories of personal mental health experiences, discussing what we can do to support mental health through athletics and running, and sharing how you can access support through our #RunAndTalk programme.

So why not come and join the conversation? Take a look at our sessions and sign-up free  for upcoming webinars or watch again!

Join us on Thursday 18 November 5:45pm-6:45pm for the fourth in our Let’s Talk About Mental Health series. 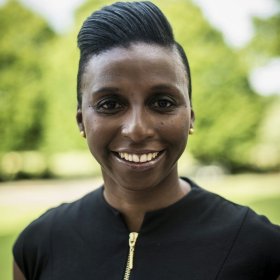 Donna Fraser is a 4x Olympian and former 400m sprinter for Great Britain, with a successful athletics career which spanned over 20 years and has a host of European, Commonwealth and World medals.  In 2021 she was awarded an OBE (Order of the British Empire) for services to equality, diversity and inclusion in the workplace and has served as a Trustee, advisor and Board member for multiple organisations, such as the London Marathon Charitable Trust, Women’s Sports Trust, British Athletes Commission, International Women’s Group and Her Spirit to name a few.

Double Olympian, mental health advocate, wellbeing consultant, and Founder of Olywel. Despite a successful career as an elite athlete and double Olympian, Jack has battled with his own mental health for many years – and because of that, he knows how poor mental health can impact a person, their performance, and their everyday life (particularly when they don’t have the right support in place). Jack shared his story and how he’s supporting others to improve their mental health.

For the first session in our Let’s Talk About Mental Health series, we heard from Ben Smith. In 2015, Ben set off on an unimaginable challenge, running 401 marathons in 401 days. He raised £330,000 for two anti-bullying charities. His adventure inspired hundreds of thousands around the globe to not only make a difference in their own lives, but in the lives of others. Now, Ben shares his own mental health experiences – all with the aim of helping everyone to ‘find your happy’. In 2022, Ben will take on his next extraordinary adventure – running and cycling 14,000 miles across all 50 US states in just 104 days to raise £500,000 for mental health charities.

Watch the video below to find out more about Ben’s 401 Challenge or click to view video on YouTube.

Please check back on this page and follow our social media channels or email communications for updates on further speaker and panel discussion events in our Let’s Talk About Mental Health series.  Future sessions will include speakers and panel guests from Mind, the mental health charity, as well as Olympian Jack Green, GB athlete Pippa Woolven, and our England Athletics club Mental Health Champions.

If you’d like to be notified by email when new sessions are announced then please fill in the expression of interest form below: