Personal bests galore were set on the opening day of the England Athletics Combined Events Championships in Bedford as Harry Kendall and Jade O’Dowda took the lead in the senior events overnight. Meanwhile, Callum Newby and Abigail Pawlett lead the under-20 decathlon and heptathlon respectively.

Conditions were near perfect at England Athletics’ first championships of the summer with the wind gauge rarely denying athletes personal bests and the only umbrellas needed being the ones to shelter from the sun.

Meanwhile, Curtis Mathews (Cardiff; Lawrence Moore) lies third on 3663. That was after a 15.15m shot PB, which would have been good enough for top 20 in the UK in the last full competitive season. It was also the third best ever by a decathlete in an England Athletics championships. One of the favourites, Elliot Thompson (Enfield & Haringey; Greg Richards), was a withdrawal after the 100m and Commonwealth representative John Lane was a non-starter. 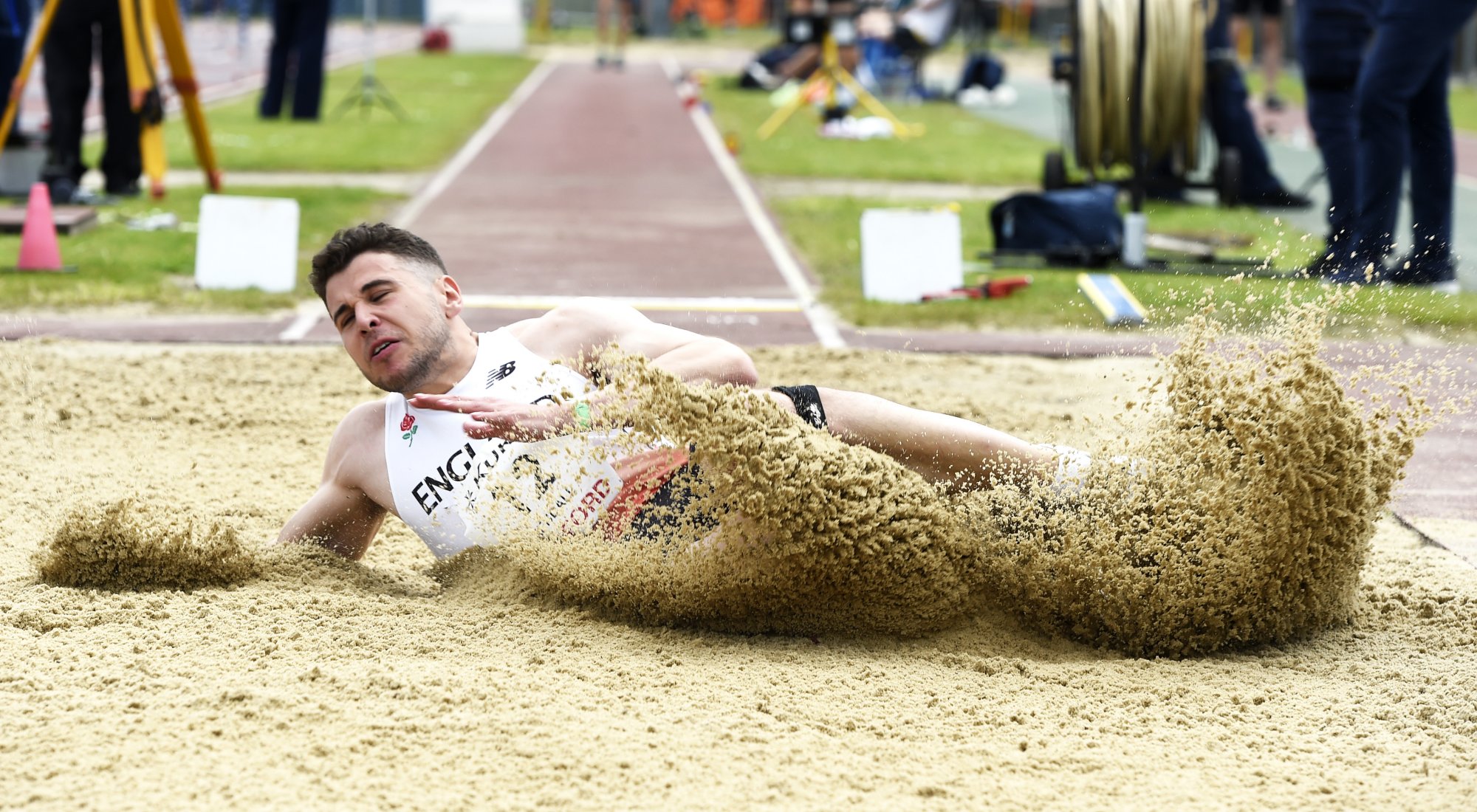 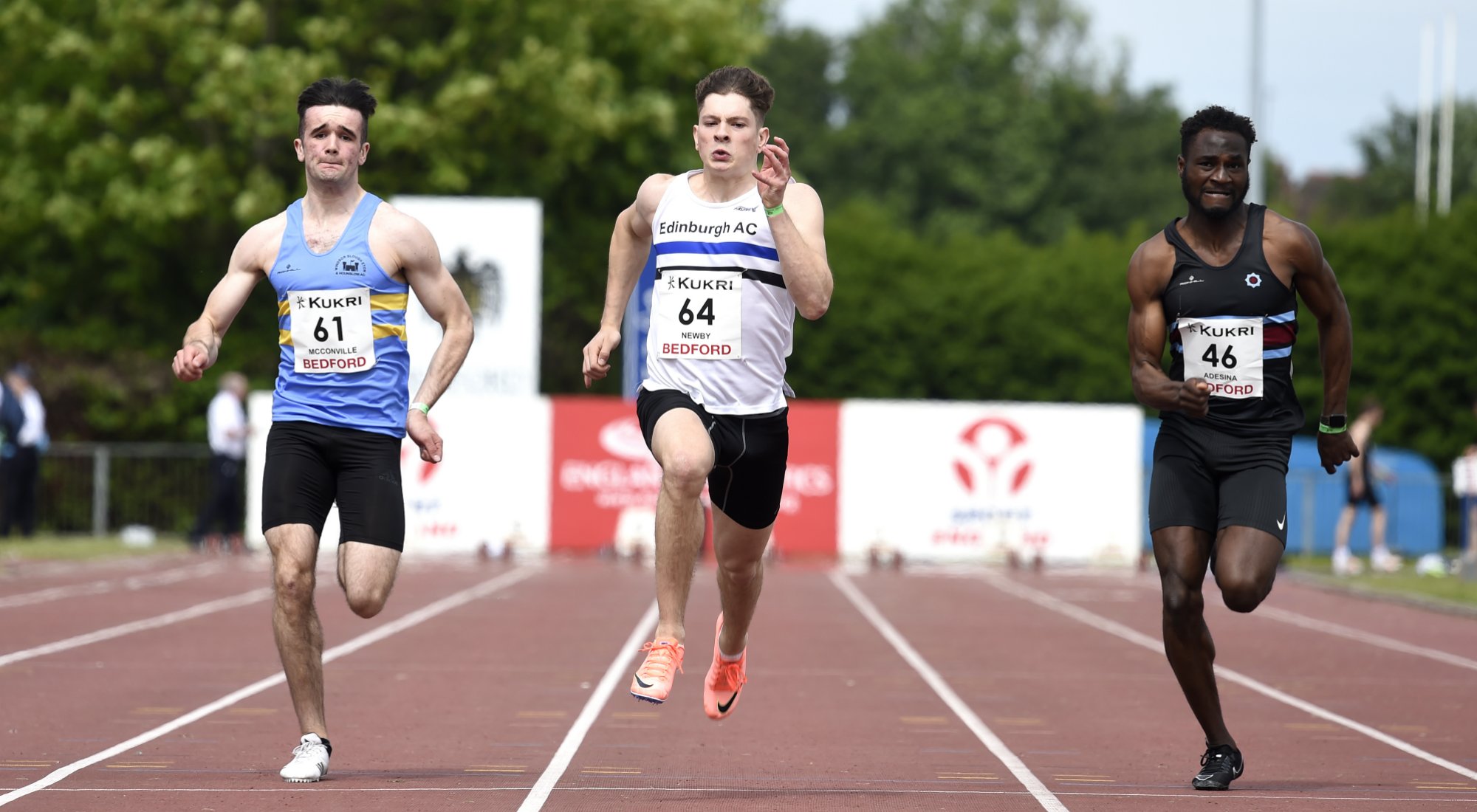 Fewer than 100 points separated the top three after the opening four events but it is Jade O’Dowda (Newham & Essex Beagles; Toni Minichiello) who leads overnight on 3546. The event proved no less exciting after it emerged that Commonwealth Games athlete Katie Stainton was a non-starter and current UK No.1 Holly Mills would not do the full heptathlon. O’Dowda started out in front with a 13.76 in the 100m hurdles. However, with UK under-20 high jump rankings leader Jodie Smith (Windsor, Slough, Eton & Hounslow; Alleyne) equalling her PB of 1.80m, her 1.74m left her in second. O’Dowda then came back with PBs in the shot (13.09m) and 200m (24.89).

Ellen Barber (Yeovil; David Feeney) is third on 3454 after also setting a best in the shot (13.35m). Holly Mills (Andover; Laura Turner-Alleyne) pulled up in the 100m hurdles as planned, not intending to contest all events full-out. The European under-20 long jump bronze medallist, who already has the Commonwealth standard with 6180 from last month, was just three centimetres short of her PB with 1.80m in the high jump. She no-marked in the shot and then won the 200m with 24.45.

Abigail Pawlett (Stockport T&F; Joe Frost) pictured will go into the second day with a lead of more than 300 points, moving up excellently from winning the under-17 England title two years ago. Leading from start to finish, Pawlett began with 13.78 in the 100m hurdles, 0.07 outside her best. A similarly solid 1.74m in the high jump was followed by a 12.61m PB in the shot. She was then again 0.07 outside her best with 24.94 to win the 200m to end up with 3510. Two years ago in the England Championships she went second behind only Morgan Lake on the UK under-17 all-time list. Tomorrow she could be challenging the qualifying marks of 5400 and 5500 respectively for the European and World Under-20 championships.

Ella Rush (Amber Valley; Michael Baker), who was second to Pawlett in those championships two years ago, is in that same position with 3202. Pawlett was top scorer in every event apart from the high jump. There, Zara Tyas, who leads the UK under-20 rankings with 1.80m this year, cleared 1.77m as she took part in her first combined events competition. She lies third on 3093.

Results can be found at athletics-uk.org/england

All photos by Mark Shearman