A chilly but sunny early spring day with a stiff breeze and quality field made for an exciting race at this year’s Anglo Celtic Plate 100k in Perth, with an incredible three athletes breaking the 7 hour barrier for the 100k distance, and England’s Charlie Harpur (Mid Essex) taking the race win in his 100k road race debut.

The race started at 7am with the both the Scottish men’s and woman’s teams going out fast to try to establish dominance and take the win on home soil. Despite the strong winds, the leading athletes maintained a fast pace, and as the race went on the challenge of the gruelling 100k distance started to take its toll on the athletes. Jon Barnes (ENG, Cheltenham, Norman Wisdom) was forced to withdraw from the race with an Achilles injury, and despite being an experienced 100k campaigner, Sophie Carter (ENG, Woodstock) was forced to withdraw from the race with a foot injury.

In the men’s race, the Scottish athletes continued to press the pace however; this was being matched by Charlie Harpur (ENG). As the race went into the final 15k Charlie took the lead, continuing to press the pace, running to victory in 6:44:18, to be pronounced the race winner and 100k British Champion. Next over the line were Robert Tuner (SCO) in 6:51:59, followed by Kyle Greig (SCO) 6:54:42, in second and third place respectively. Kevin Rojas (ENG, Brighton and Hove, Allison Benton) ran a very intelligent race, finishing strongly, moving up the field into fourth place in a time of 7:02:58. The final counter for England was Ollie Garrod (South London) who ran in an impressive 7:09:37 in tough conditions, and Andrew Siggers (Kenilworth Runners) finishing his England debut in eighth place overall, in a time of 7:36:00. The results capped off a great performance from the England men’s team, winning the Anglo Celtic Plate on Scottish soil.

The women’s race saw a trio of Scottish athletes pressing hard with England’s Sophie Carter hunting them down and taking an early lead. Unfortunately, for Sophie an injury to her foot meant that she had to withdraw from the race early, passing the mantle on to the two remaining England athletes, the experienced and former winner Melissa Venables (Spa Striders, Les Barnett), and Betty Bohane (Royston) who was making her England debut at the distance. As the race went on the distance and strong winds started to take its toll on all the competitors. Melissa was suffering and dug in deep to keep herself in the race, ensuring England had a second counter in the Women’s race. First home for England, and making an impressive debut, was Betty Bohane, crossing the line in 8:46:11. Overcoming her earlier issue, Melissa finishing strongly, crossing the line in 8:58:17, the results meant that the England women’s team finished a creditable third in the overall team results, with Scotland 1 and 2.

Team Coach, Darren Reevell said, “With three athletes running sub seven hours, this was a very fast race, and we couldn’t of asked more from the England athletes on the day. They dug in deep, supported each other and pulled out some impressive performances. They were a credit to each other and justified their selection.” 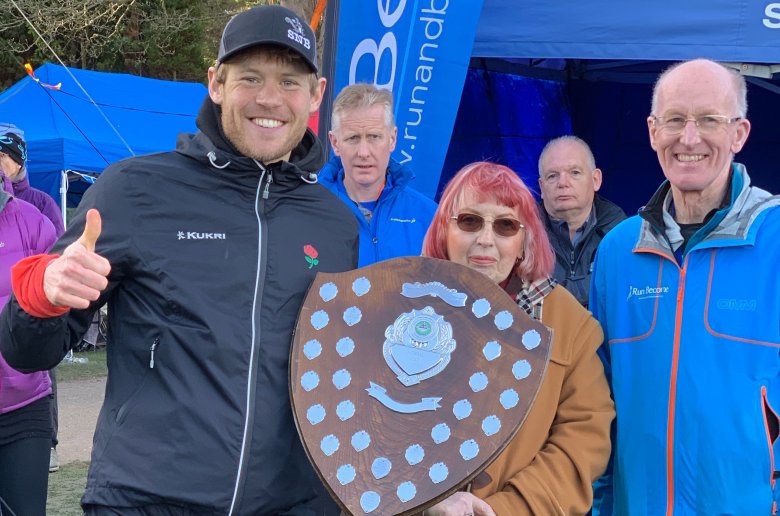