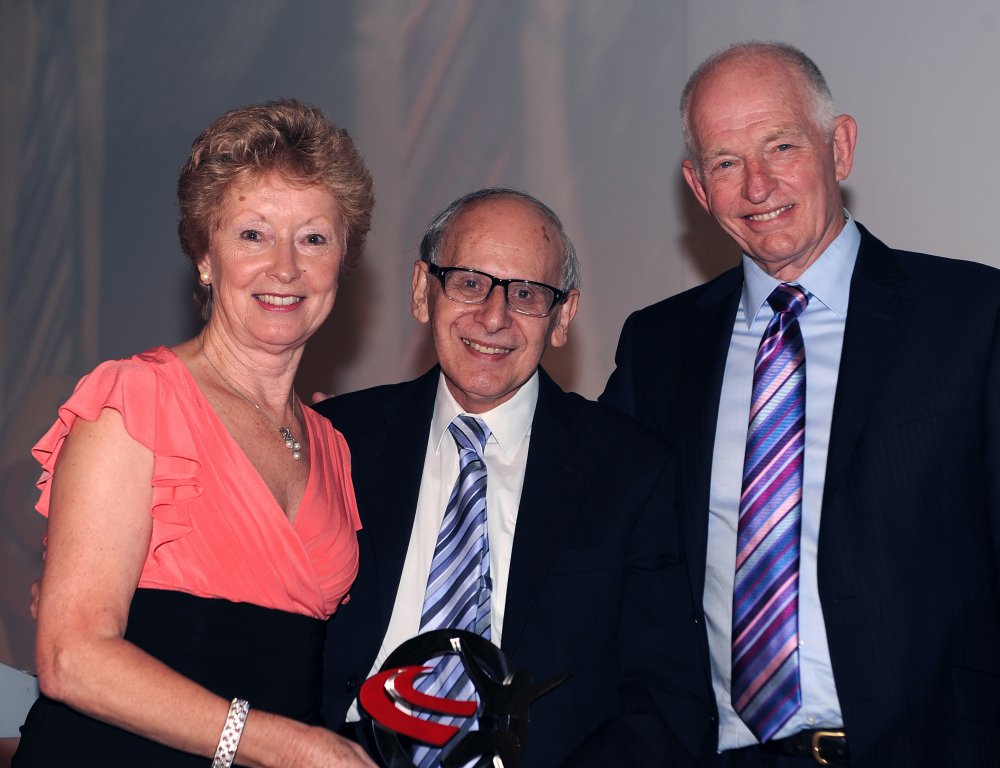 Conscious that his best 100 yards time of 9.7 was not fast enough to enable him to excel at 200m, Robbie Brightwell reluctantly decided to move up a distance in preparation for the 1960 Olympics. “If I was good enough in the sprints I would sit tight and count my blessings,” he remarked. However, he lost little time in becoming Britain’s fastest one-lapper at the time. At the Rome Olympics he set a UK 400m record of 46.1 in his semi, failing only by inches to make the final. It was some performance by a 20-year-old in his first year at the event!

Robbie enjoyed a magnificent season in 1962. He won the AAA 440 yards title almost casually in 45.9, worth 45.6 for 400m, for a European record only 0.2 sec outside the World record. He ran another 45.9, this time over 400m, in capturing the European title but an attack of dysentery on the eve of the 440 yards final weakened him at the Commonwealth Games and he was narrowly beaten into second place. A foot injury caused him to miss most of the 1963 campaign although, leading by example, he captained the British men’s team to a sensational victory over Russia in Volgograd.

He made it known that 1964 would be his final season and he trained ferociously that winter, believing that the Olympic victor would be the strongest and not necessarily the fastest man in the field. Concentrating on improving his stamina, early in 1964 he ran 880 yards in an impressive 1:48.1 (worth 1:47.4 for 800m), but his preparations were interrupted as he constantly fought officialdom while campaigning for international athletes’ rights in those days of amateur athletics.

Hopes of a gold medal rose when he won his semi-final in Tokyo in a UK record equalling 45.7, but in the final Olympic nerves claimed another victim. He ran too fast over the first 200m and, although he again clocked 45.7, he finished fourth – a failure in his own eyes. That was his last individual race but, happily, he redeemed himself with a truly heroic anchor leg in the 4x400m relay.

Inspired by his fiancée Ann Packer’s gold medal triumph in the 800m, Robbie was determined to leave with a medal of his own. Despite good work by Tim Graham, Adrian Metcalfe and John Cooper, he received the baton in fourth place some two or three metres behind Trinidad and Jamaica, with the USA well in front. Running with fine judgement and what he termed “cold determination” he caught Jamaica’s George Kerr 55m from the tape and took Trinidad’s Wendell Mottley just 5m from the line in a stirring finish. The crowd rose to Robbie in admiration for one of the gutsiest performances of the Games. From fourth to second in 50m – the British fighting spirit, so much in evidence in Tokyo, had won through again. His split was 44.8 and the team had run a European record of 3:01.6 – inside the old world record.

After the Games Robbie married Ann, who had also brought her running career to an end.

Both photos by Mark Shearman.

Bottom photo is Robbie with his wife Ann Packer, flanking Mel Watman during Mel’s induction into the 2013 England Athletics Hall of Fame.