Athlete of the Decade

The Award is a celebration of remarkable sporting success and overall contribution in a decade.

It is a testament to the success of David Weir CBE that focusing our attention to the years 2010-2019 gives a riches of success to talk about – and yet only provides a part of his story. For example, the period you are being asked to vote on includes four London Marathon wins… out of a total of his eight titles with two silvers and a bronze from the event also in this decade.

David Weir first met Jenny Archer at London’s Tooting Bec track when he was just eight years old. David made his Paralympic debut at Atlanta 1996 (aged 17). However, unimpressed by the experience he quit the sport soon after.

But following seeing the success of the Sydney 2000 Paralympic Games he decided to return to the sport and contacted Jenny for help. Coming into the decade 2010-2019, the T54 wheelchair athlete had already established himself as a formidable competitor on the track and roads. A sweep of gold medals at 800m, 1500m and 5000m at the 2011 IPC World Championships, as well as a London Marathon win that year, reinforced this reputation.

But even more came the following year. After another London Marathon title then came the London Paralympics. Lord Coe describes: “London 2012 provided so many extraordinary moments and created so many heroes it is almost invidious to focus on any individual athletes or their achievements. But David Weir’s four gold medals must surely stand out as one of the outstanding performances in a truly astonishing summer.” The medals came at 800m, 1500m, 5000m and marathon to provide a remarkable Paralympic performance. More medals would keep coming at the Glasgow Commonwealth Games of 2014, IPC World Championships of 2015, and IPC European Championships of 2016. But it is the performances at London 2012 that will live longest and strongest in so many people’s minds.

He was awarded the CBE for services to athletics in the 2013 New Year Honours.

No British athlete has pushed out the frontiers of performance in the way that Paula Radcliffe has in the marathon or been so far ahead of the world’s second best in their event. Her time of 2:15:25 in the 2003 London Marathon was a truly phenomenal achievement. No woman in the world, other than herself, has yet run faster than 2:18:47 … a gap representing one kilometre of road.

In 1991 she became World Junior Cross Country Champion, ahead of China’s Wang Junxia who the following year would set seemingly unreal world record times at 3000m and 10,000m.  In 1996 Paula became UK 5000m record holder and for the next three years Paula’s uncompromising front running carried her to records galore, including world bests on the road, but time and again she was outsprinted at the end of her most important track and cross country races.

At the end of 2000 the tide began to turn and the plucky loser became a winner at the highest level. She captured the World Half Marathon title and in 2001 won the World Cross Country.  In 2002 she carried all before her. After retaining her World Cross Country title she made a momentous marathon debut in London, clocking the world’s second fastest ever time of 2:18:56, a world record for a women-only race. This was followed by a Commonwealth 3000m record of 8:22.22 and brilliant victories at the Commonwealth Games (CR of 14:31.42) and European Championships (European record of 30:01.09). The year ended with a world record 2:17:18 in the Chicago Marathon.  In April 2003 she wowed the world of athletics even more with her stunning 2:15:25 in London for the biggest single improvement in the world record for 20 years.

Other triumphs would follow, including a third London win and the coveted World title in 2005 (becoming the first British marathoner to win a global championship), and three New York victories between 2004 and 2008. 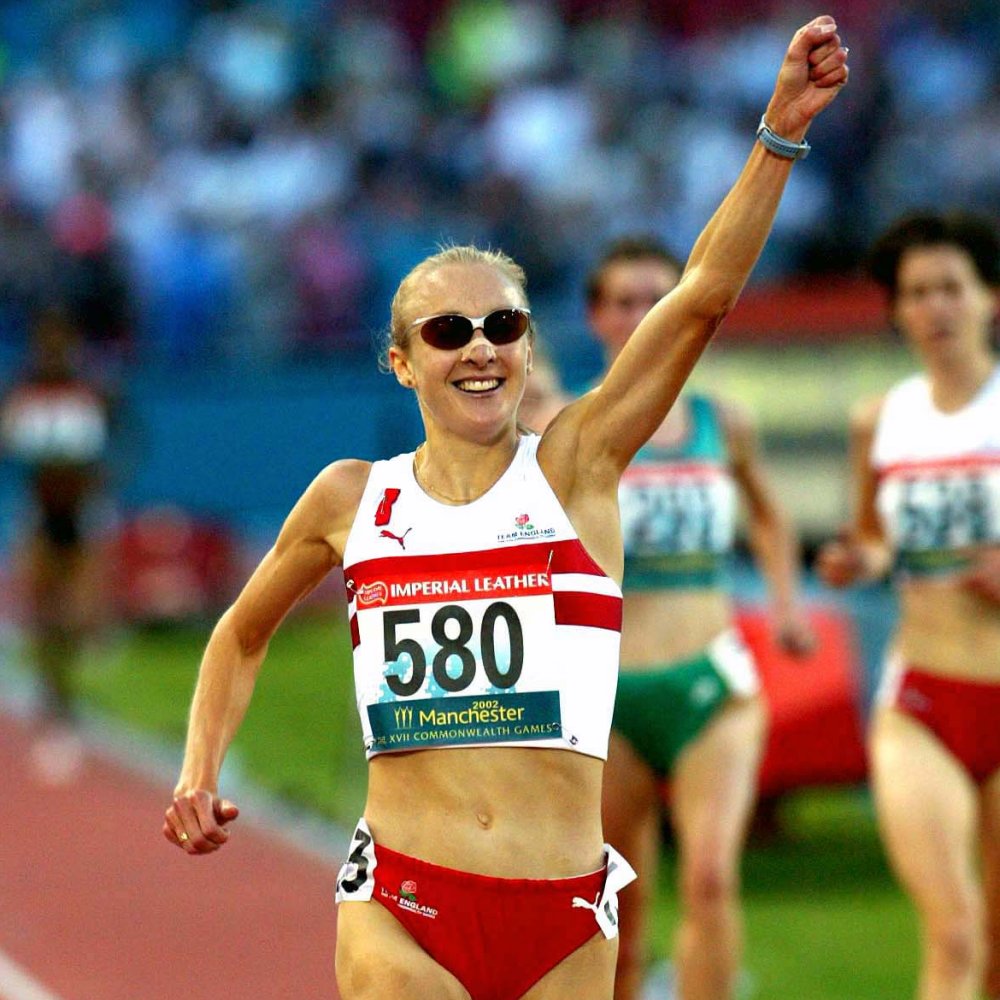