We, along with the wider athletics and running community, are gearing up for the regional council elections in 2023. From now until the election process ends in April next year, this page will aim to keep you updated on all the latest news and help explain how it all works.

Video: Adrian Day, chair of the London Regional Council, explains the importance of ensuring representation across the governance structures of athletics at grassroots level. Watch on YouTube.

The regional council elections, which start on 23 January 2023, decide who will represent the views of the sport at the grassroots.

It takes diversity of thought, culture and perspective for athletics to become a more inclusive sport where everyone belongs and can flourish, so we actively encourage nominations from candidates from a wide variety of backgrounds.

In total, across the nine England Athletics’ regions there are 36 seats up for election. 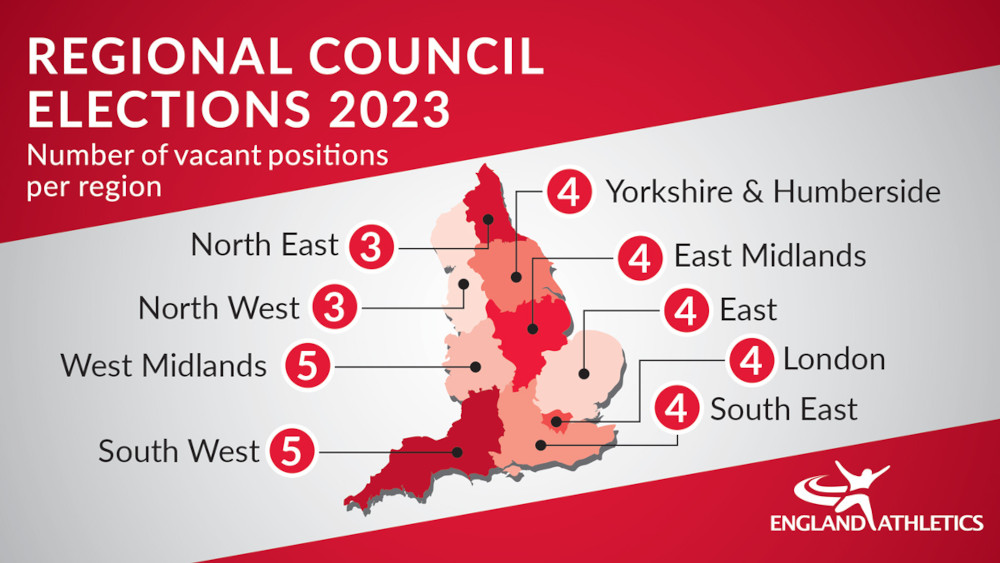 How does the election process work?

Anyone wishing to stand as a regional councillor in one of the nine regions needs to submit their nomination between January 23 and February 24.

If the number of candidates matches the number of vacant seats in a region, then those candidates will be elected automatically onto that regional council once the nomination process has ended.

If the number of candidates exceeds the number of vacant seats in a region, then it will be for affiliated clubs and members in that region to select their preferred candidate[s].

Any ballots will take place between March 6 and March 27. 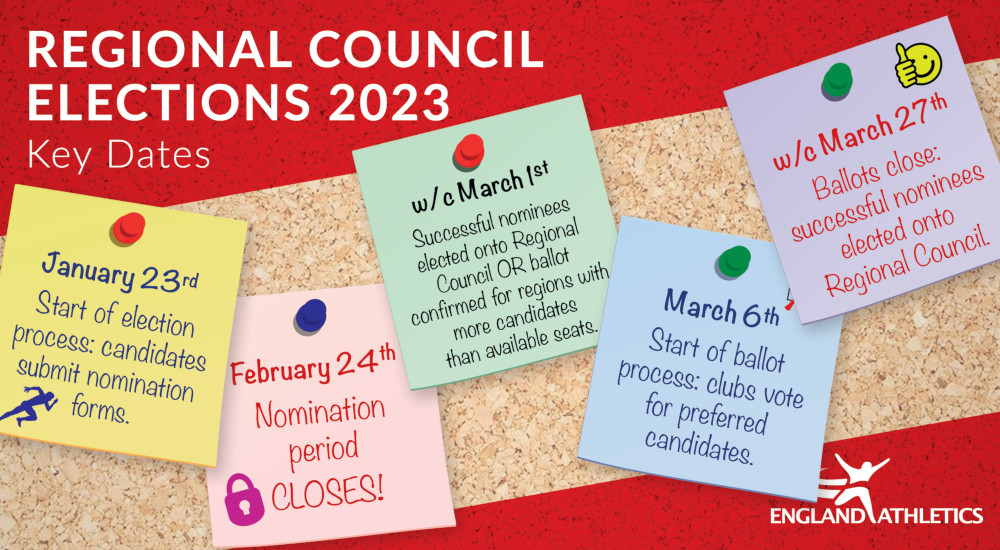 By early April, we’ll know who has been successfully elected across all nine regional councils and, therefore, will be representing the views of grassroots sport at local and national level.