Celebrating Volunteers' Week: in any sport, volunteers are fundamental

The dedicated volunteer team at Guernsey Athletic Club have been working hard to bring the sport back for their 500 members following the most challenging of years.

Much like the rest of the UK, the survival of grassroots athletics and running on the island is dependent on those individuals who are willing to give up their time for free. 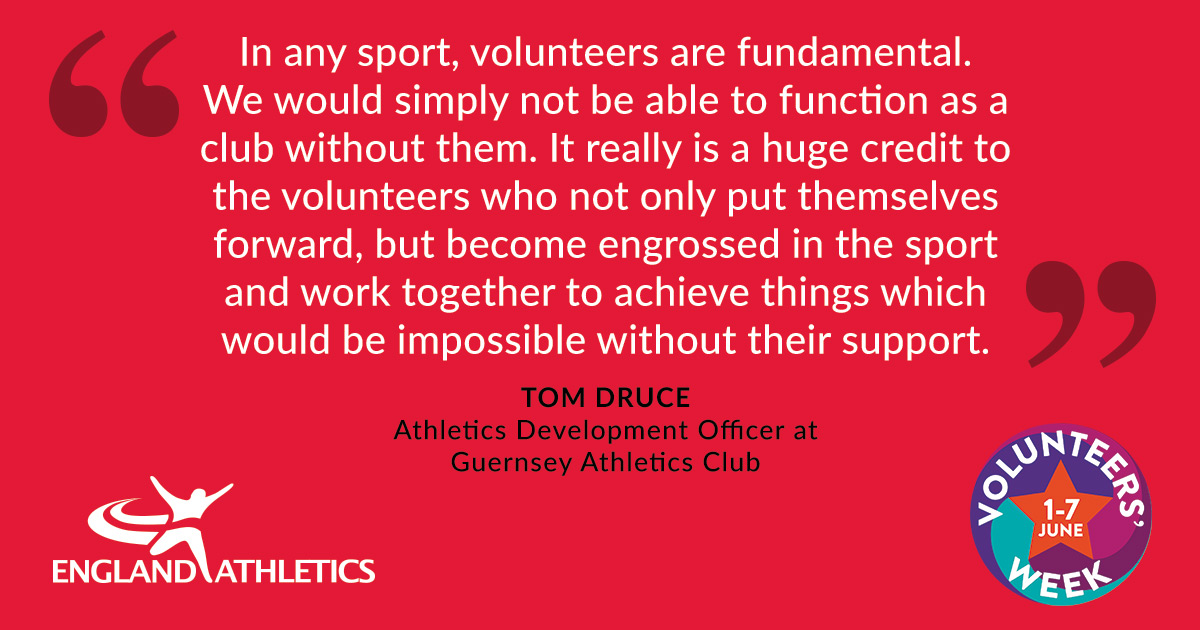 Coming out of their first lockdown last summer, the club was able to skilfully mobilise its team of qualified and passionate volunteer officials and coaches which has steadily grown to around 35.

This meant Guernsey AC were able to secure a quick and safe return for the sport and its members of all ages and abilities.

“We’ve come from a position five or six years ago of not having any qualified officials and now, year-on-year, we’ve managed to grow that volunteer force to the point where, coming out of the pandemic, we were very quickly able to put on a comprehensive track and field season. It was credit to the volunteer officials who, despite being under pressure themselves personally and professionally with the pandemic, still managed to put in the time. For a club of our size and being in a unique situation on an island, there is a finite number of people that we can call upon which puts a little more pressure on that volunteering aspect.” 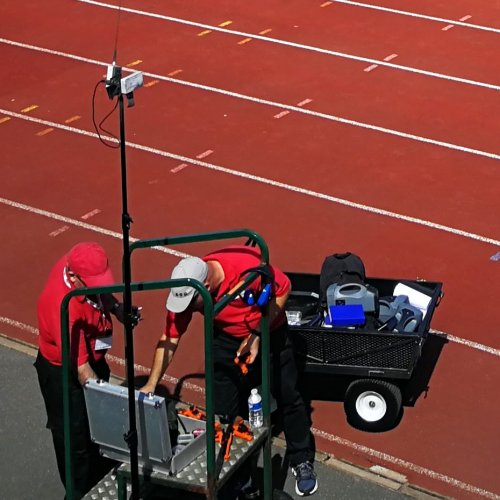 The work Guernsey AC did in 2020 earnt the club recognition from England Athletics as South East ‘Club of the Year’ Award winner in its annual Regional Volunteer Awards. ‘Celebrating volunteers’ continues to be a key part of England Athletics’ work as highlighted in its new 12-year strategy to deliver highly-rated, quality annual events to increase engagement with its family of member clubs and athletes.

Guernsey AC’s efforts ranged from delivering a major initiative to increase the club’s officiating numbers ahead of the Island Games to creating events such as a corporate relay, a cliff path trail series and a mass participation half-marathon. Officials and volunteers also supported at school events. By running development sessions and athletics camps for children aged from under-7 through to under-9, the club has also continued to increase engagement with young athletes by involving teenagers in support roles. A volunteer league system has also been put in place where volunteers collect points towards rewards such as a London Marathon place.

“Winning the award was a big thing for us and created a lot of excitement,” said Tom. “Given our unique circumstance, I think we’ve almost been a little bit cocooned over the last year and a half. I’ve realised how well we’ve done as a club as I was having conversations with colleagues at England Athletics and others, but I don’t think the athletes, coaches and officials really appreciated how well they, and everyone at the club, was doing in a difficult situation.”

“Within the club environment, everyone is always really positive if ever someone does well. We see that team feeling of togetherness for the officials, whether that’s track and field, road running or cross-country.”

‘Coaches and Officials’ is one of the five key priority areas which sits at the heart of the new England Athletics’ 12-year strategy for athletics and running – ‘Athletes and runners at the heart’. We are committed to engaging, valuing, and supporting respected, expert and athlete-centred coaching and officiating workforces to create an inclusive, positive athlete experience and ensure the successful delivery of competitions.