UK Athletics and the Home Country Athletics Federations are fully committed to the legislation change in England and Wales relating to the Position of Trust. The following information is for Coaches, Coaching Assistants and Leaders (referred to as coaches) in the sport across all home countries.

On the 29 June 2022, there was a significant change in the legislation in England and Wales relating to Position of Trust. This has been part of a long-standing campaign by the NSPCC and sports organisations and means that all coaches are now considered in a position of trust under criminal law and therefore come within the scope of the Sexual Offences Act 2003.

In England and Wales, the law now states that those in positions of trust within sports organisations cannot legally have a sexual relationship with young people ages 16-17 years old. This brings them in line with other position of trust roles such as teachers.

What is a Position of Trust?

Someone in a position of trust is a person in a position of authority or responsibility over another person. Those in positions of trust have a considerable amount of power and influence on a young persons’ life. For example, a young person may be dependent on their coach for their sporting development, success, or position in a club or national team.

High profile case inquiries, including those reported in other sports such as football and gymnastics have revealed a culture of abuse from those in positions of trust within sport. A significant number of people from a wide range of sports in positions of trust have been convicted of child sexual abuse.

Listening to young people with lived experiences of abuse within sport has demonstrated how difficult many young people have found it to voice their concerns and allegations and have them believed and acted upon.

What does this mean for you?

UKA and the HCAFS believe that a coach can have a positive influence on the welfare of a young person, by being a role model or someone to turn to if they have a concern. But it is important to have clear boundaries in place for the safety of young people to ensure that exploitation can’t take place. The UKA Code of Conduct for Coaches provides guidance to coaches on how to be that role model and can be found here: UKA Coaches Code of Conduct.

If you are a Coaching Assistant and under 18 years of age, with specific questions about how this relates to you in the instances of a relationship with another athlete which commenced before the date that the law changed, please get in touch with coacheducation@britishathletics.org.uk for guidance.

What should I do if I am concerned about a possible abuse of a position of trust?

If you suspect that an abuse of a position of trust has occurred, is occurring or may occur, you should report this via UKAs Submit a Concern. All reports are dealt with sensitively by a highly trained and specialist team.

If you think that someone is at immediate risk of harm, you must report it to the police or children’s social care.

What about Scotland and Northern Ireland?

Currently this change in the law does not apply in Scotland and Northern Ireland. However UK Athletics and the home countries already considers it unnacceptable if a person coaching or supervising children forms an inappropriate relationship with a child. This is reflected in our safeguarding policies and procedures and would be investigated as a disciplinary matter regardless of where in the UK it occurred. 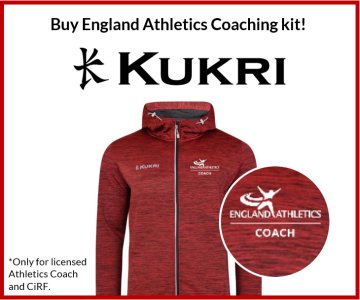