After an enforced break of three years, the Snowdon Mountain Race returned on Saturday 16 July and was run in extreme heat which made for a very tough day’s racing.

The race once again incorporated an international competition and England had strong men’s and women’s teams.

The race started at 2pm in the heat of the day. There was a slight breeze which was welcome and would aid the runners when they were up on the mountain.

In the early stages of the race Nathan Edmondson was leading the way. Nathan ran for England in the recent home international mountain race, but didn’t have a great run in our trial race for Snowdon and just missed out on being selected. This had obviously spurred him on as he was first to the top and was leading by about 40 seconds from Italian Luca Merli and Scotland’s Ross Gollan.

Leading the England team was Ben Rothery in 5th closely followed by Mark Lamb and Finlay Grant. Matt Elkington was also in the top 10 at the turn. 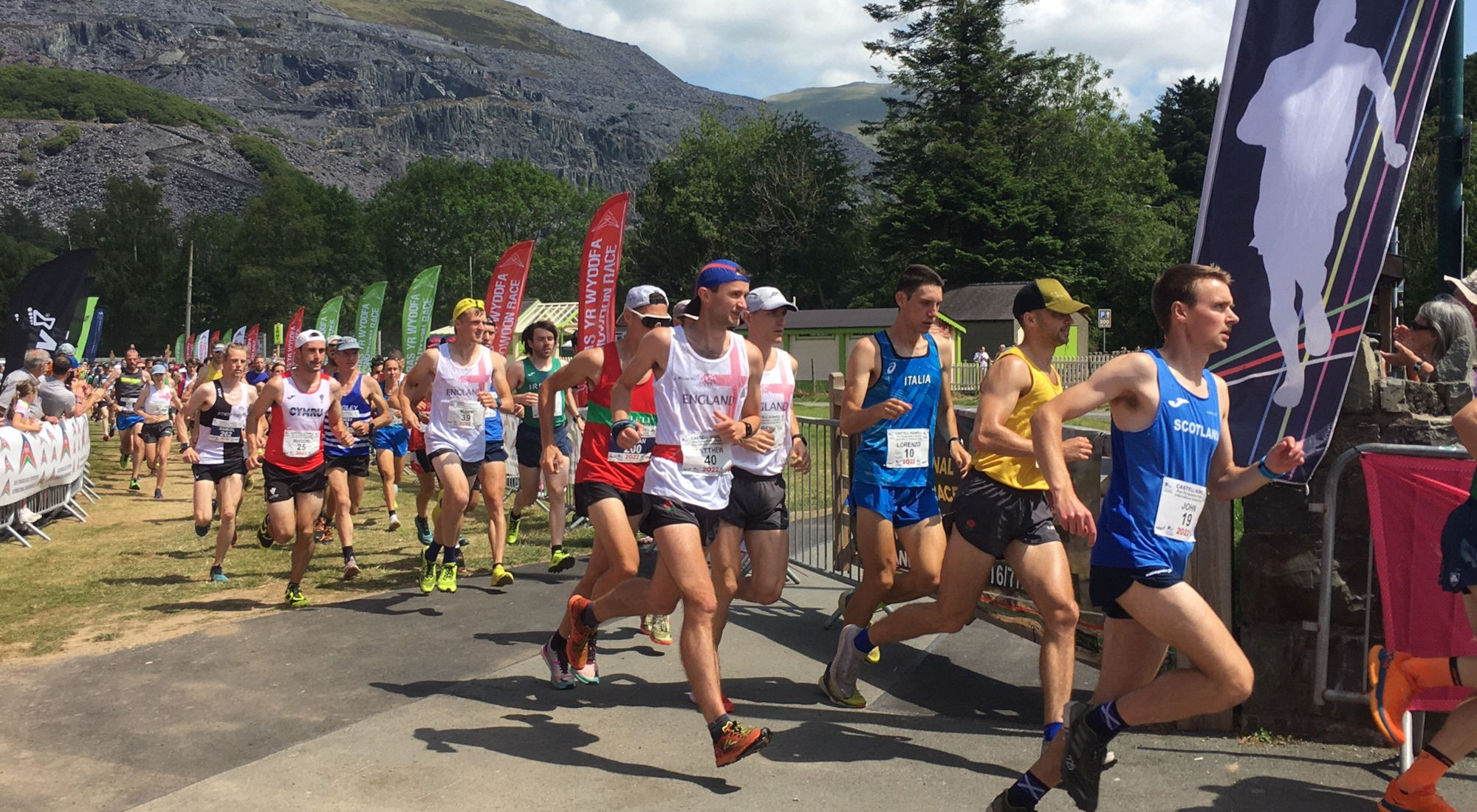 In the women’s race there were three athletes together with Scotland’s Kirsty Dickson leading the way. As they reached the top it was England’s Sara Willhoit who had a slight lead, very closely followed by two Scottish athletes Holly Page and Kirsty Dickson.

On the descent and with the heat there was every chance things might change and they did. Nathan Edmondson was caught by Ross Gollan who stormed down the descent to win in 1hr 9mins 21sec. On the lower part of the course Italian Luca Merli also caught him to take 2nd place with Nathan finishing 3rd.

The England team were always just off the pace but packed fantastically with Ben Rothery holding 5th place followed by Mark Lamb in 6th and Finlay Grant 8th. Matt Elkington came home in 11th and England won the team title with Wales 2nd and Scotland 3rd.

In the women’s race there were also big changes on the descent. Hannah Russell led the England charge and after being almost a minute down at the top came through to win in 1hr 18mins 48s, a brilliant time considering the conditions. It was also the first time Hannah had run this race. 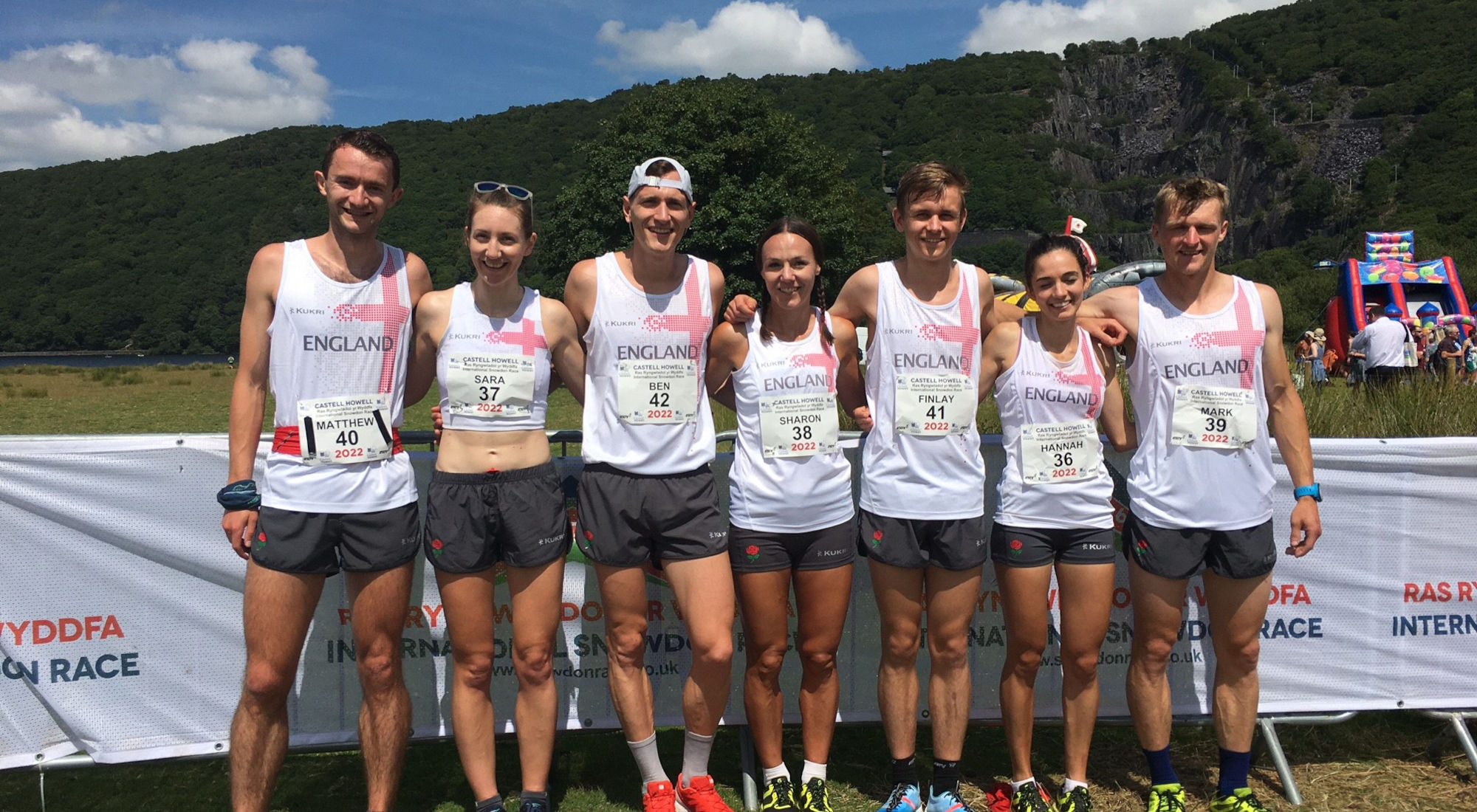 Sara Willhoit held off the challenge of Holly Page and England had the first two runners home. Italian runner Alice Gaggi was 4th and then England’s Sharon Taylor was 5th and Emma Hopkinson was 11th, Securing a comfortable team victory ahead of Scotland.

Highlights of the race will be shown on Sunday the 24th July on S4C at 8pm.