The 2022 championships series was off with a bang this weekend at the England Athletics Senior and Under-20 Combined Events Championships. Some of the country’s finest multi-eventers were looking for early markers ahead of a long season and the EIS Arena in Sheffield witnessed some stand-out performances.

Pick of the weekend were junior heptathletes Murray Fotheringham and Sammy Ball, who went to second and third on the UK under-20 all-time list. Meanwhile, England’s Lewis Church and Ireland’s Anna McCauley claimed the senior titles. They followed on from Seren Rodgers (club: Taunton; coach Steve Shaw), who won the junior pentathlon yesterday.

If ever you needed proof that training partners can push each other on to higher heights, you only need to look at Tonbridge athletes Lewis Church and Harry Kendall. The David Hull-coached duo inspire each other in training and time and time again are neck and neck in competition. Four times last year in combined events championships, Church finished one place ahead of Kendall, winning on each occasion apart from the British Championships when he was second behind Tim Duckworth. Again, it was Church who prevailed here, although there was little between them as usual.

Church claimed his first national indoor title with 5482 – 62 ahead of Kendall as both set PBs. Harry Maslen (Ikley; Sam Stanislaus) took bronze with 5399. Just as at last year’s England Athletics decathlon championships outdoors in Bedford, Kendall led overnight but here again the positions were reversed by the final reckoning. They began this morning with the 60m hurdles, where Maslen was fastest with 8.31. Church was second with 8.43 to edge into the lead as Kendall likewise set a PB with 8.55.

In the pole vault, as the top exponent, Harry Maslen, chalked up 4.53m, Church cleared 4.33m, equalling his best. Kendall, meanwhile, jumped 4.13m to be left 55 points behind his close rival.
Church set off in the lead in the final event, the 1000m, although Kendall fought back strongly over the final lap. Finishing within a second of Church’s 2:43.86, Kendall was rewarded with a seven-second PB as he clocked 2:44.48.

Church reflected: “I’m delighted with my first indoor title. Everything I set out to do as a baseline I got, so I couldn’t be disappointed, so really happy.” Speaking of his rivalry with Kendall, with whom he trains six times a week, he said: “We know each other’s strengths and weaknesses. You know the ballpark figure of what we’re going to get each so it’s quite good to have a rivalry like that. You still get surprises, like in the 1000m I was expecting to be a lot further ahead. It just goes to show how good the training’s been for both of us.

“We still support each other but sometimes I have to shut myself off and pretend it’s just me, other times we can get together and really push each other on. It’s very individual-based – I’m not going to say it’s amazing, we support each other all the time because it is very competitive at the end of the day, but in training it’s great fun.”

For later in the season, Church is targeting the Commonwealth Games decathlon standard of 7750, which he believes he and Kendall are capable of in the right conditions.

The best performances of the weekend came in the junior heptathlon as Scotland’s Murray Fotheringham continued his impressive form from yesterday to go to second on the UK all-time junior rankings. His Scottish record 5774 meant he missed the UK junior best held by Wales’ David Guest by just 19 points. Meanwhile, Sammy Ball (Reading; Michael Dyer) confirmed himself as another great prospect. As a first-year under-20, he was second in an English record 5602, going to third on the all-time list.

Fotheringham then came out top in the high jump with 2.03m. Ball set a five-centimetre PB of 2.00m but was nevertheless 92 points behind going into the final event. The UK best had seemed to be out of bounds, given it would require a PB by more than nine seconds in the final event. However, with a groundbreaking 2:36.66 he ultimately missed out by just 1.7 seconds.

However, with five PBs in seven events, it proved to be a remarkable start to the year for him. Both he and Ball will have an eye on the World U20 Championships decathlon standard of 7300 this summer and look like great talents in the longer term.

It’s worth pointing out that, as impressive as the leading under-20 tallies were, the senior and junior scores can’t be compared as different hurdles heights and shots are used. 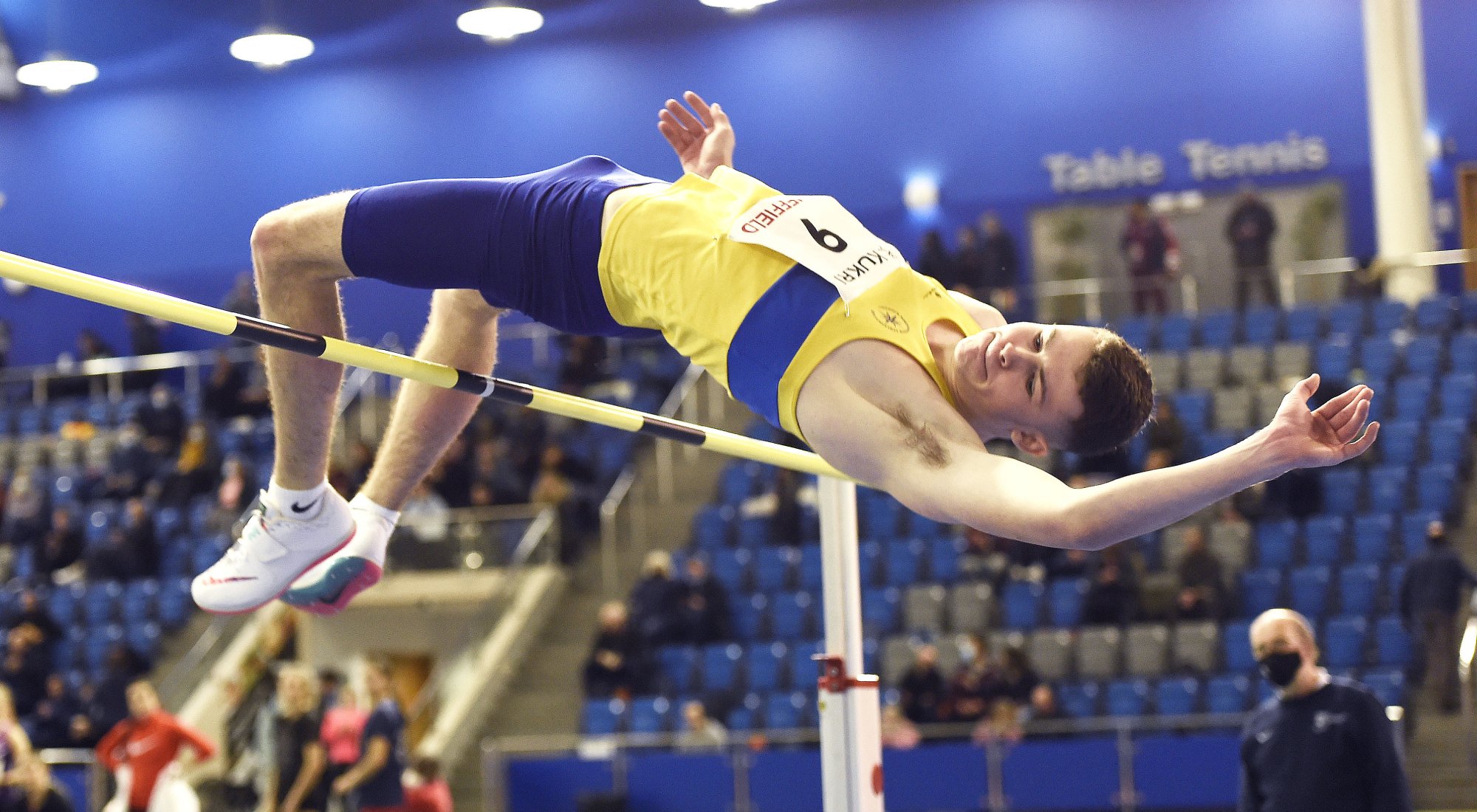 After the junior women heptathletes held centre stage yesterday, today it was their senior counterparts who were busiest in the arena, completing all their five events.

Ireland’s Anna McCauley produced a solid all-round display to take gold with a score of 4100, comfortably beating the PB she set two years ago when runner-up. Jo Rowland (Crawley; Lueng Man) took silver with 3918 and Wales’ Lauren Evans the bronze with a PB of 3862. Wales’ Grace Morgan started off at the helm after the 60m hurdles with 8.67. Meanwhile, McCauley was third quickest with 8.78 and Rowland ran 9.22.

Then both McCauley and Evans came out top in the high jump with 1.73m – a PB for the latter. It took McCauley into the lead as Rowland recorded 1.61m – 11cm below her best. However, Rowland’s 13.94 in the shot was easily the best as she moved up to third. McCauley added 20cm to her best with 11.70m to stay in front, though. Scotland’s Emma Canning excelled in the long jump with 5.84m as McCauley set another PB of 5.78m for second best overall as she looked a big favourite for the title. McCauley had been second or third in every event and it wasn’t until the 800m that she outscored her opponents, her 2:19.60 being just outside her best. 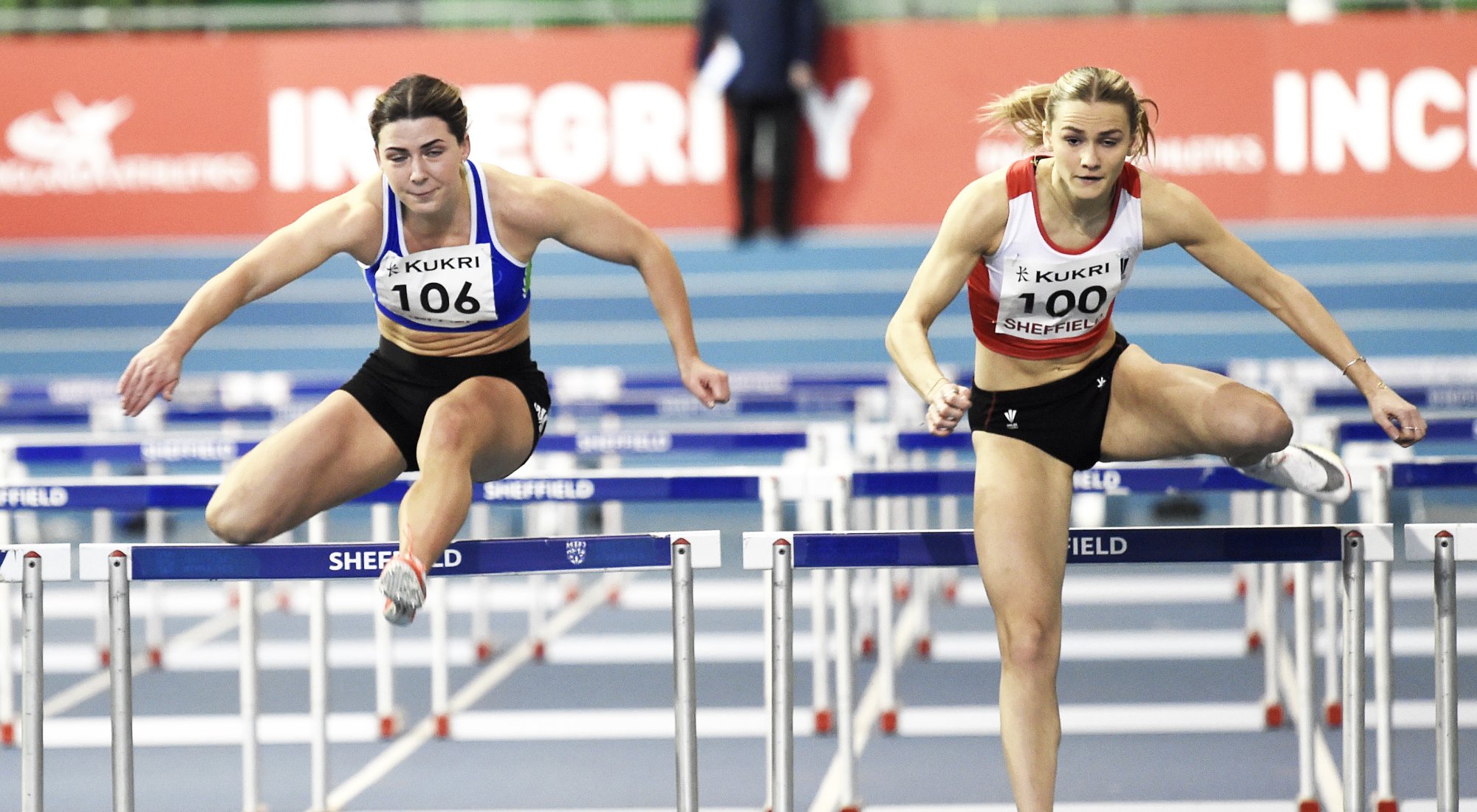 Incorporated into the meeting were a series of British Milers’ Club events and two 3000m race walks.

In the women’s 5000m, Amelia Quirk (Bracknell; Mick Woods) and Jenny Nesbitt went to third and fourth respectively on the UK all-time indoor rankings. Quirk ran away at the end from the long-time leader to clock an English indoor best of 15:27.75. Only Scots Laura Muir and Liz McColgan have run quicker among Brits. Like Quirk, Nesbitt set an outright PB, timed at a Welsh indoor best of 15:30.32.
Olympic 1500m finalist Jake Wightman made a rare appearance over 3000m but lost out on the last lap to Italy’s Ossama Maslek. Both set PBs – 7:50.14 and 7:50.97. In fourth with 7:58.23, Wales’ Osian Perrin set a UK junior indoor record.

In the race walks, Hannah Hopper (Cambridge Harriers; Noel Carmody) set a PB to take the women’s race in 14:41.65. Tom Partington (Manx Harriers; Steve Partington) took a comfortable win in the men’s with 12:59.01. 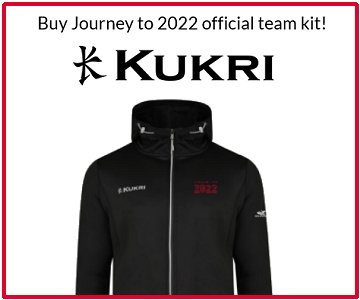