The 2019 British Athletics Mountain Running Championships was blessed with a glorious September day in the mountains of Snowdonia. Incorporated into the race was the World Championships Trial as well as the Senior and Junior Home International races. The races were held on Moel Eilio, just behind Llanberis with the stunning Snowdon Mountain backdrop.

The senior race was 12.5km with 710m of ascent and descent, and started at 12.30pm. Runners had tough conditions all the way to the top with head winds all along Moel Eilio ridge and temperatures of around 22-23C.

Both men and women started together and the quiet country lane made the start very tight, but the field soon strung out. Andy Douglas, running for Scotland and the current WMRA Mountain Running World Cup leader was first up the road to the open fell, followed by the England duo of Chris Holdsworth and Max Nicholls. In the main pack in good positions were Tom Adams and Joe Baxter followed by Max Wainwright and Will Marshall. Leading the women’s race was Heidi Davies, from Wales running for the Italian club US Malonno, with all the England team right behind.

As the race reached the open fells, Andy Douglas had a good lead over Max Nicholls, Chris Holdsworth and Joe Steward (East Cheshire). In the women’s race Emmie Collinge (England) also opened a good lead over Heidi Davies, with England’s Phillipa Williams and Emma Gould in 3rd and 4th positions, which was looking great for the team result.

With a strong head wind on the ridge line and soaring temperatures, the weather took its toll on a number of the leading athletes, but not the men’s race leader, Andy Douglas, he extended his lead over the top of Moel Eilio and stormed to win the British title by 2mins 49s. Joe Steward also maintained his race and finished a superb 2nd after a few years away due to injuries. England’s Tom Adams and Gary Priestley (Salford), both ran strongly in the second half of the race to finish 3rd and 4th with Chris Holdsworth slipping to 5th. Joe Baxter finished a creditable 11th and our U23 athletes, Max Wainwright and Will Marshall finished 17th and 24th. Max Nicholls, who was having a great race struggled in the heat towards the end and had to drop out in the final stages. Which meant England were piped at the post by Scotland for the team title.

In the women’s race, Emmie Collinge also kept her lead and controlled her descent to win, followed by her England teammate, Phillipa Williams who had a fantastic debut taking 2nd place. Heidi Davies wasn’t far behind in 3rd and with Emma Gould and Kate Maltby coming in 4th and 5th, England had 4 athletes in the top 5, a brilliant team performance. Jemima Elgood, our leading U23 athlete finished just outside the top 10 in 11th position. 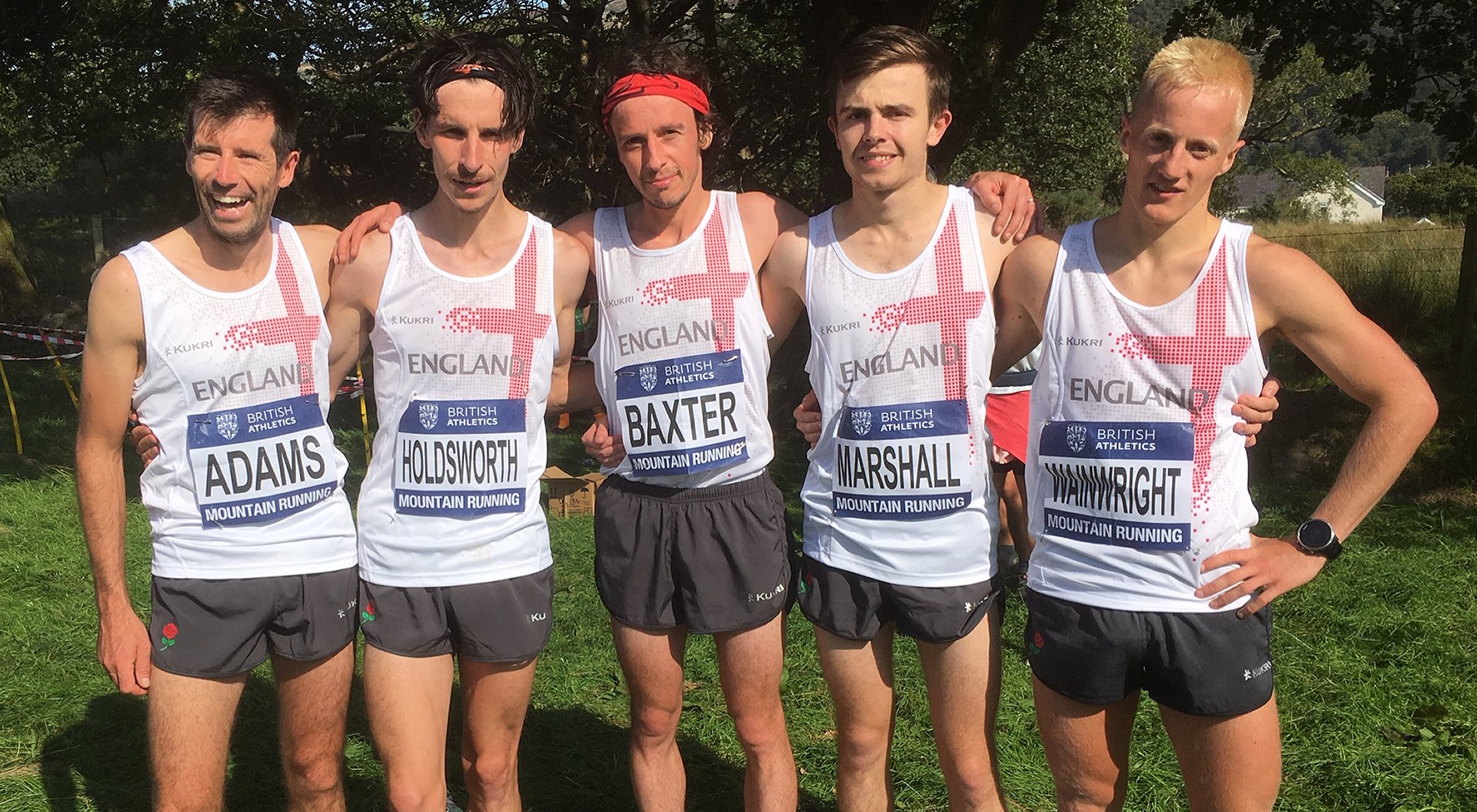 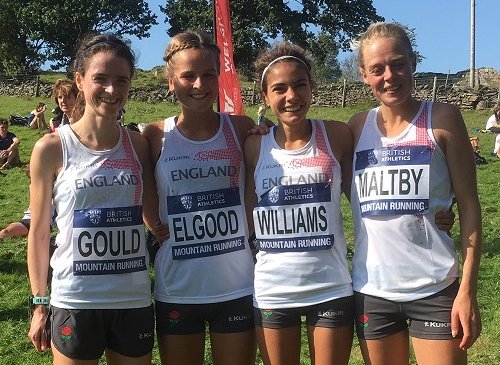