On a beautiful, sunny autumnal day with temperatures reaching 17 degrees C, it was hard to believe this was mid-November and well into the cross country season.

Teardrop Lakes, in Milton Keynes, was the venue for this Home Countries International (HCI) combined with Round 3 of the UK Cross Challenge. 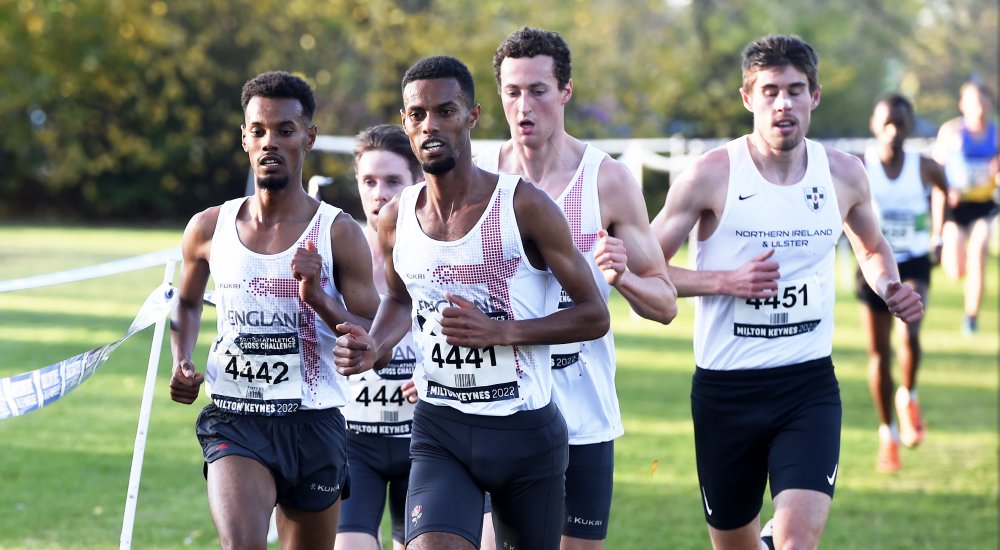 It soon became evident from lap two that although the team prize was going to England, there was also no notable individual challenge coming from the main entries or other countries. So, the question was who would prevail out of the four England runners.

Having been neck-and-neck in the early part of the race, the Mahamed brothers broke away part way through lap two with Milner and George following with similar gaps between them. Younger brother Zak was giving as good as he got in the battle with his older brother as they disappeared into the third and final lap.

Likewise, Milner, having his first outing this winter, had what appeared an unassailable lead on George, who was making his England senior cross country debut having previously ran as a junior.

Entering the finishing part of the race, Mahamed had broken away from Zak to claim victory. There was a surprise behind them in that George had dug in well on the second half of the final lap and caught and passed Milner to earn third, Milner completing the clean sweep in fourth.

All athletes move on to the UK Cross Country Trial in Liverpool in two weeks’ time all satisfied that their form is good. For the Mahamed brothers and George, it was the same order as the Cardiff race four weeks ago. For Milner it was his first outing, and he should see the usual significant improvement that comes after the first race of the season. 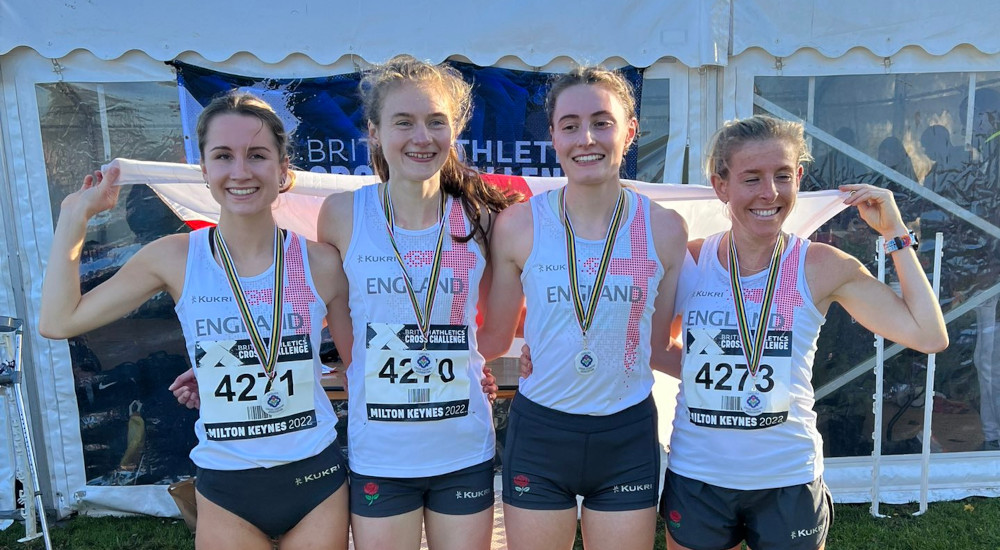 With a high standard of entries and firm conditions underfoot, the pace was inevitably going to be fast from the start and so it proved. The England team, together, positioned themselves towards the front of the field as the race got underway.

Going into the medium lap, Walsh led the main field down the steep bank. As they disappeared into the woods, the leading group broke up into smaller packs before it was all-change going into the final large lap.

Millard pulled away going through the woods for the final time and used her speed to finish first, three seconds ahead of Carson closely followed by Gibbon. Walsh finished fast in ninth and Tarver finished strongly in 15th giving the England team the win with the South second and Midlands in third. Having little current cross country form to select from, the team performed well and they are now all looking forward to racing in Liverpool at the European Trial. 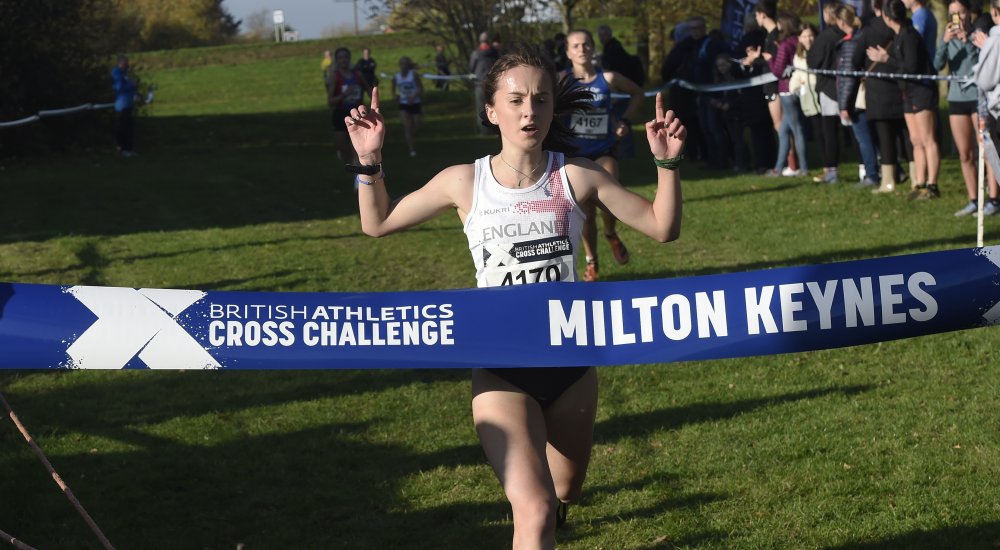 The race started strongly with Louise Hackett (Midlands) taking an early lead. A pack of around a dozen athletes formed quite quickly and with a lap to go the size of the group was much the same with all four England athletes still in contention.

When the second lap was underway, Bates took the lead and the pack began to thin out. With around 1km to go, the individual medal winners were set, but it was still uncertain as who would take top spot.

In the end it was England’s Bates who had the most left and managed to run to victory with 500m to go, three seconds ahead of Beatrice Wood (Dave Amey; City of Salisbury) and five seconds in front of Megan Harris (SOE).

Having gone with the initial pace set by the lead pack, the other three England athletes were rewarded with really strong positions. Nicholls, Huxley, and Dee finished fifth, sixth and eighth respectively proving the strength and depth of the junior women’s team. 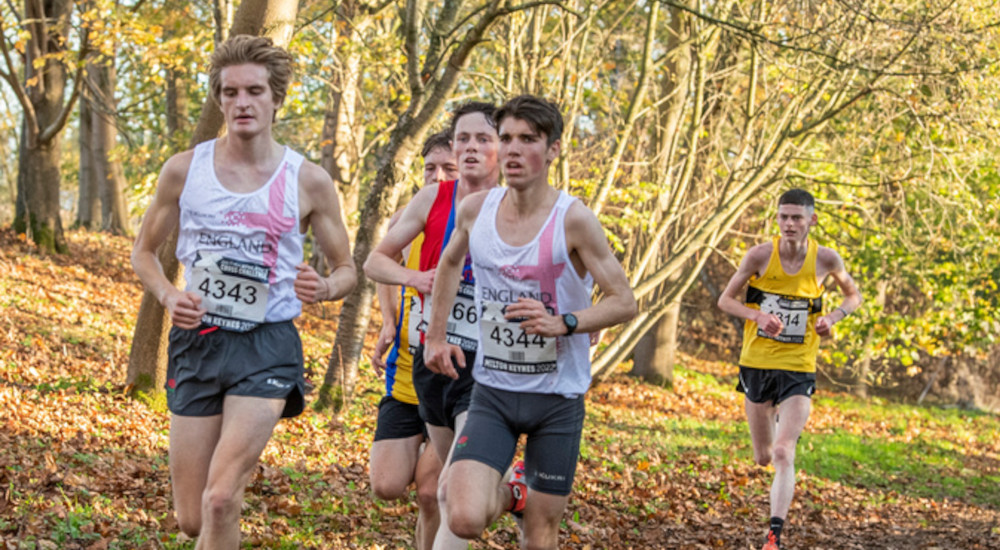 England made a very positive start with Bird and Brown leading the way through the first, short lap.

Despite the strong pace being set at the front, the leading pack was still 18-strong going into lap two. The sharp hill climbs and narrow sections of the course did little to break up the field on the second, medium lap with the main protagonists still locked together.

With Maydew unfortunately having to drop out, it left Bird, Brown, and Small to challenge for the top spot with the SOE team.

Lap three, the longest circuit, and the result was still far from clear. In what was already a hot field, there were several races within the race. England’s Small versus his brother Jack (SOE), and teammate Bird up against Luke Birdseye (SOE), both of whom had represented Great Britain earlier this year in the European Athletics under-18 championships in Jerusalem.

With only 300m to go, the first to show at the front of the field was Birdseye (SOE) who claimed top spot with Rowan Miell-Ingram securing an excellent second place. The SOE team closed in on the victory when Jack Small prevailed over his twin brother to finish fifth. England finished in second place overall with Bird (fourth), Brown (sixth) and Small (11th).

A special mention must go to the England team managers, Eamonn Martin (senior men), Sue Lamb (senior women), Keith Holt (junior men), and Barbara Cutting (junior women) for their leadership and expertise leading up to and on race day.