Team England added a full set of medals to their ever-growing collection with one gold, two silver and two bronzes making this a night to remember that also featured two Games records in an exciting final 15 minutes.

The men’s T53/54 1500m is usually a tactical affair with the wheelchair racers relying on a fast finish, but England’s Daniel Sidbury (coach: Christine Parsloe, club: Sutton and District AC) was having none of that. He hit the front from the gun and led the field through 400m in a swift 52.46. Then, in an attempt to take the field by surprise, he even opened up a lead with 700m to go. However, teammate Nathan Maguire (Steven Hoskins, Kirkby AC) was more than up to the task and covered the move quickly, chasing down Sidbury just after 800m, passed in 1:42.8.

From there, it would always be about who could finish the fastest and that honour fell to Maguire, leading England to a fantastic one-two, Maguire winning with 3:11.83 to Sidbury’s 3:12.15.

“It was pretty crazy. We started off pretty quick,” confirmed Maguire. “Kudos for Danny for taking it out. But he made a gap and we had to chase him down. Then I knew I had a little bit left for the home straight, so I thought I would give it a go,”

he said, describing how it all fell into place in that last, frenetic 100metres.

“I wanted to try something bold for the final, and I was a bit apprehensive as I’ve never done anything like that,” confirmed Sidbury, describing how he and his coach decided beforehand this was a great chance to really give it a go. “I’ve got some things to work on. I knew on the last lap – I could feel it in my arms – that I just didn’t have it in there. I think the cold got to me a little bit as well. But no excuses. I tried something different, and it didn’t pan out.”

In the women’s 3000m steeplechase, Kenya’s Jackline Chepkoech took the title in a Games record of 9:15.88, but it was all about England’s Lizzie Bird (Pat McCurry, Shaftesbury Barnet Harriers) who flew into the silver medal position on the back straight on the final lap after being a distant third fully 30metres back for most of the race.

“This crowd was amazing. I used the energy from them in the last two laps. The whole time I was thinking, ‘close that gap, close that gap’ for the last three laps. I knew I was close. On the last lap, it didn’t even sound like people cheering. It was so loud. I wish I started moving a bit sooner; if I had another 200 metres, I would have got that gold,” she said, overjoyed to have got the silver in a personal best of 9:17.79 just ahead of the British record-holder Aimee Pratt (Vincente Modahl, Sale Harriers Manchester) who finished fourth in 9:27.41.

The race had seen Chepkoech and the Olympic champion Peruth Chemutai from Uganda build up a huge lead before Chemutai clipped a barrier and fell with less than two laps to run. From there it was all about closing the gap which Bird did with such speed that it was more a case of could she catch the leader for the gold medal rather than would she grab a bronze.

Moments earlier, in an action-packed last 15 minutes, the women’s triple jump also produced a stunning bronze for England and another Games record. An opening jump by Naomi Metzger (Aston Moore, Trafford) was her best ever and immediately put her in contention for a podium finish, while Jamaica’s Shanieka Ricketts opened her account with a Games record of 14.94. Perfect off the board in the third round, Metzger then improved to 14.37 to tighten her grip on that bronze medal and move within 2cm of the silver. She did go close with 14.36 in the fifth round, but she was more than happy with that surprise bronze.

The first final of the evening was in the men’s shot. England’s Scott Lincoln (Paul Wilson, City of York) opened with a controlled, solid looking 19.80. Good, rather than spectacular, it ensured he made the cut and he went into the final three throws in fifth place. Then, in the fifth round he finally found his form to haul himself into the bronze medal position, a tremendous result for the 14-time national champion.

“It was a really frustrating start and I think I was getting over excited. The crowd was electric and that gave me goosebumps every time I went into the circle, so and it was a matter of calming myself down. It was a massive whirlwind, but I got the job done,” said Lincoln.

“I had a very disappointing worlds so I wanted to come back and prove I could get on the podium. For sure, this was a massive confidence booster. I had a really bad first three throws, but this is just incredible,” he added.

New Zealand’s Tom Walsh, the defending champion, effectively ended the competition with his very first throw, a huge 21.98. Teammate Jacko Gill responded with a massive personal best of 21.90 in the sixth round, the longest ever second place non-winning throw. But before he even had time to let that sink in, Walsh stepped into the circle and threw 22.26 with his final throw.

The Friday evening’s action was also about qualifying for finals with a series of semi-finals for the 30,000-strong crowd at the Alexander Stadium to enjoy. The men’s 400m was perhaps the highlight as it featured hometown favourite and British record holder Matthew Hudson-Smith (Gary Evans, Birchfield Harriers). He eased his way to the final thanks to a 45.77 clocking which saw him back off with 30m to run.

“It was cold, and it was a messy run,” said Hudson-Smith analysing his race. “The first 50 wasn’t very good, but the crowd lifted me, so it was ok,” he said. “I want to end the year on three medals, so this is part two after the one I won in Eugene.”

The men’s 200m semi-finals suggest England’s Zharnel Hughes (Glen Mills, Shaftesbury Barnet Harriers) is clearly in great form and the result never looked in doubt after just 120m. From there, he cruised in untroubled with the fastest qualifying time of 20.32 (+2.1).

Competing in his third Commonwealth Games was teammate Adam Gemili (Blackheath and Bromley), always popular with the crowd. Indeed, he was greeted with a huge roar when he was introduced, but on this occasion was unable to draw on that energy to progress as he could only cross the line in fourth with 20.97.

“I’m disappointed in myself. I’m a lot faster than that. It’s been a tough season, but I had to come out here and do my best for Team England, and when you are wearing a Team England vest you expect more from yourself and that was way off my best,” said Gemili, adding that he will be making some changes and “hopefully, next season, I’ll find happiness again.”

All three Englishwomen progressed to the final of the women’s 400m with Victoria Ohuruogu (Christine Ohuruogu, Newham and Essex Beagles) winning her semi-final in the fastest time of 51.00. Behind her Ama Pipi (Marco Airale, Enfield and Haringey) took an automatic qualifying spot in third in 51.95, while in the second semi, Jodie Williams (Stu McMillan, Herts Phoenix) was also third in a season’s best of 51.98. 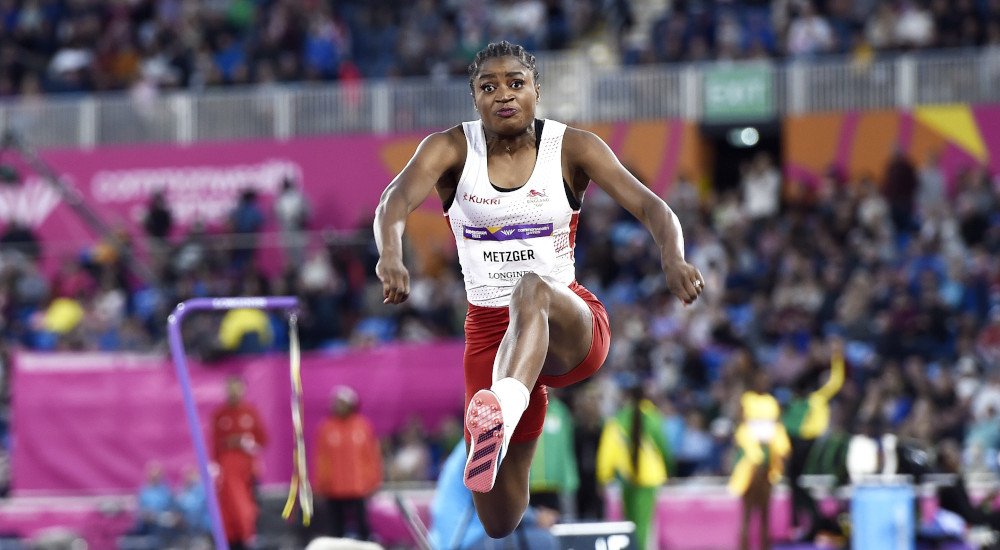