English runners had plenty to celebrate at the first-ever European Off-Road Championships in El Paso, La Palma, in the Canary Islands helping Great Britain to fourth in the medal standings thanks to two golds, three silvers and six bronze medals individually and as a team.

First up was what proved to be a vertical kilometre for the seniors finishing high up on the mountain on what essentially was a ledge above a vast drop. “That was memorable,” fell running legend Andy Peace laughed.

Andy was in town to watch the competition and run in the open race and was more than impressed with the stunning back drop that most definitely was not for anyone with a fear of heights. How high and remote was it? For a start, it took fully 45min to hike to it from the car park!

And when the legendary four-time winner Maude Mathys from Switzerland is reduced to walking in the final 200m, and still won, you know it’s tough. So, it was even more remarkable that it was GB who triumphed in the team competition, winning the gold medal. 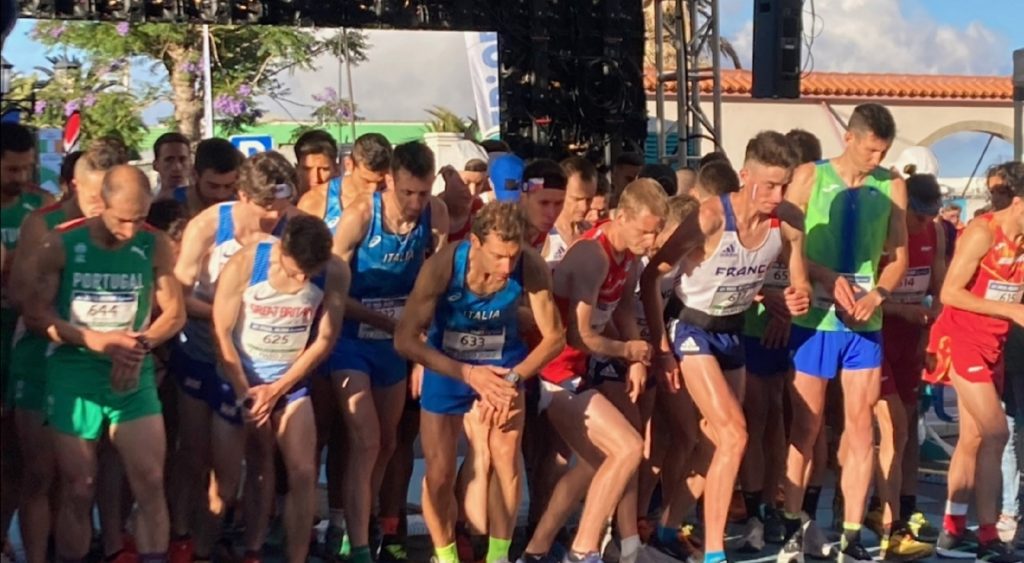 England’s Kate Avery (Shildon) was 10th after following the early pace turning her gold medal winning cross-country, road and track pedigree to mountain running with great effect. In the U20 races the women took silver while the men went home with bronze. It set the scene for the weekend, with British athletes holding their own against their Alpine dwelling rivals.

Action of a very different kind came in the up-and-downhill mountain races which perfectly demonstrated the importance of descending. GB won another gold, taking the team title in the men’s U20 race, but it was the dramatic final couple of kilometres that really took the headlines.

Italy’s Elia Mattio was nothing short of sensational as he overturned what appeared to be an impossible lead to emerge a comfortable winner, all in the space of a few manic downhill minutes. After that race no-one could quite believe what they’d just seen such was the Italian’s descending skills. Finlay Grant (Dark Peak) was an overjoyed third. 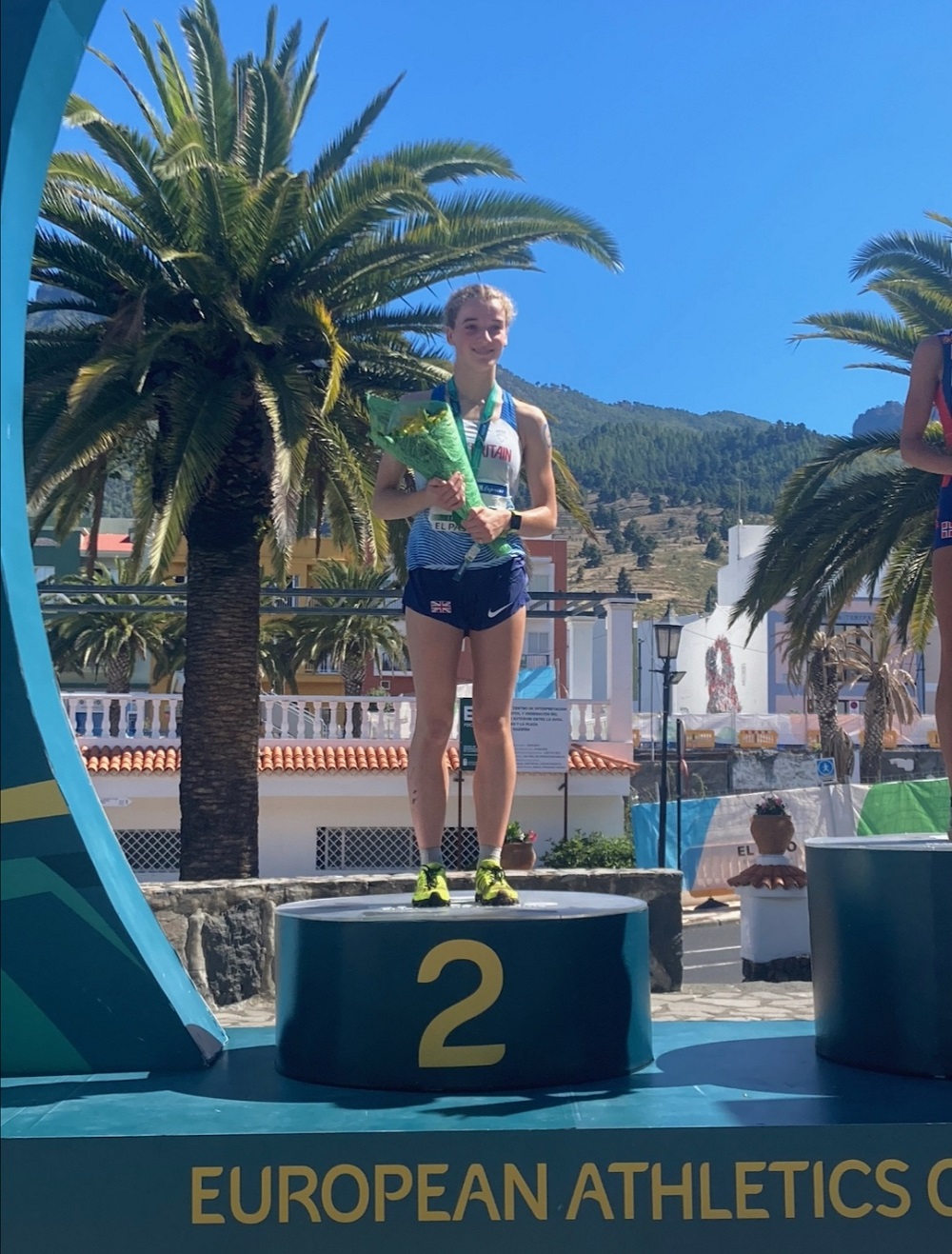 In the U20 women’s race, equally frenetic, Eve Whitaker (Harrogate) was the silver medallist as GB picked up the team silver. Eve said:

“I never thought I’d get a medal. I was mixing it up with Norway’s Ida Waldal the whole way, but she just got away in the second lap. This makes up for Friday [where she ran in the uphill only race and finished sixth].”

But what’s so fascinating about the championships’ format is the way it blends skills from biking, skiing and of course, running to produce truly all-round champions, particularly true of the 47km that, let’s say, was at best demanding!

Yes, road and track runners were present and potentially a threat, but only if they had the skills to descend at pace, understand a race strategy that may include walking, and an ability to cope with a wide variety of surfaces from volcanic rock that ripped shoes to shreds to slick pine needles that was almost like running on ice.

Take the men’s winner in the 47km; Belgium’s Maximilien Drion Du Chapois was far behind at 10km looking like he was out for a Sunday run, but because of his cross-country skiing background he was actually making light of the brutal 8km opening climb. Once he hit the high flat paths he started to run much faster to come through for a comfortable looking victory. 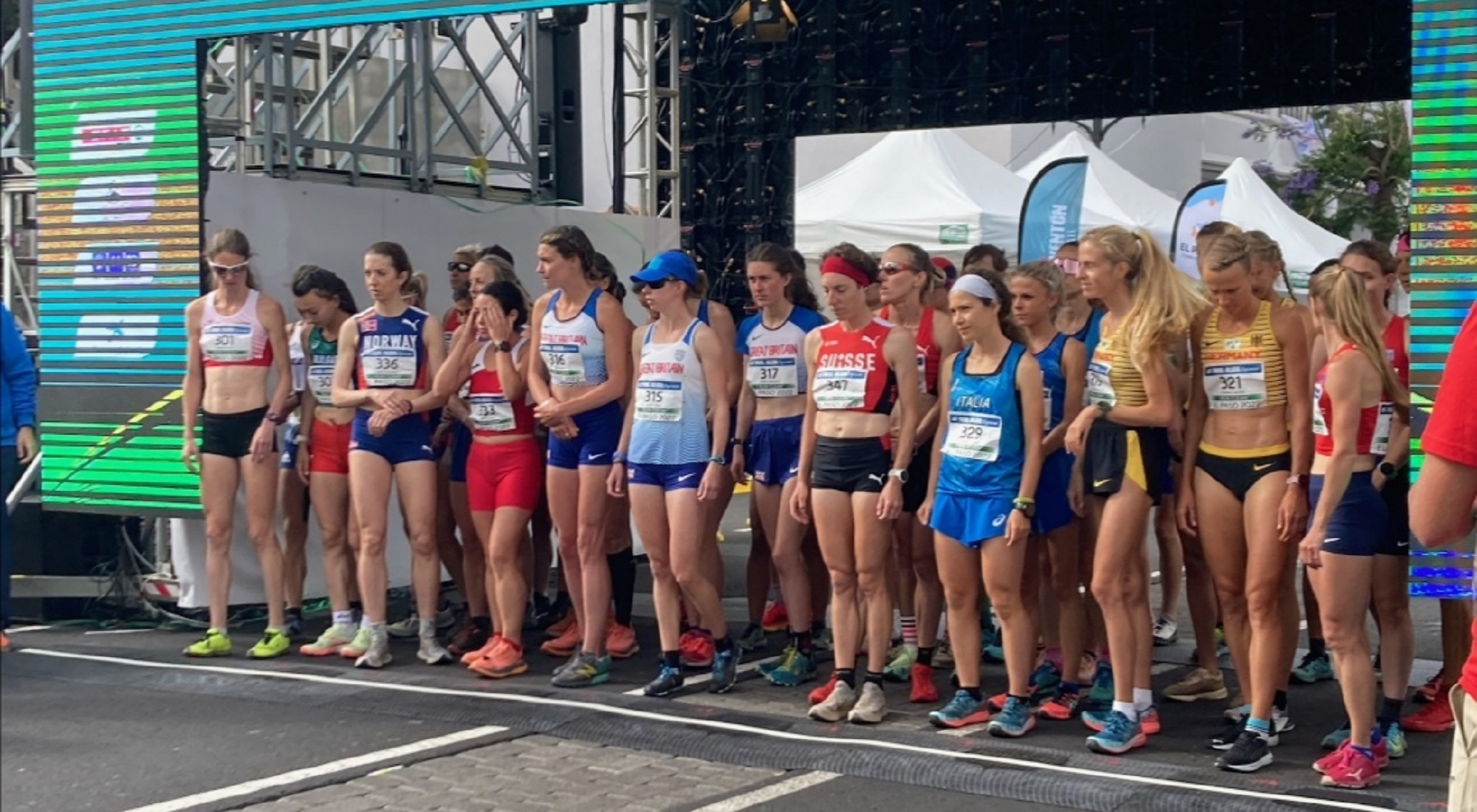 As for the venue, La Palma, one of the smaller islands in the Canaries, proved perfect for an event like this with hundreds of miles of trails measured and marked. Much of the team spent more than a week preparing for the event on the trails, taking in (as you’d expect) the perfect weather the island enjoys – low 20s every day. The locals enjoyed it equally thanks to the organisers laying on a fiesta on Saturday evening for runners and residents to experience.

But let’s leave it with Ricky Lightfoot (Ellenborough) to describe what the weekend was all about. It’s much more than the gold medals, he says.

“Strength does not come from winning. Your struggles develop strengths. When you go through hardships and decide not to surrender, that is strength.”

As for his race, where he finished 20th in the 47km, he concluded:

“I feel I performed as well as I could on the day. I worked hard but struggled in the heat over the last 15km or so, managed to pull it together in the last few kilometres to hold off those behind. Great course, great team.”