Fourteen athletes travelled to Bratislava (Slovakia) over the weekend to compete at the Elan international indoor track and field meeting. Eleven of those athletes were England Senior debuts, and the whole team all benefitted from the taste of international competition; learning from the whole experience – not just competing abroad but also dealing with all the logistics that come with taking part in overseas competition.

Mary Fasipe (Club: Enfield & Haringey, Coach: Guy Spencer) kicked-started the day in winning fashion. As the England team’s sole field eventer she set the standard for the track athletes with a season’s best of 13.02m in the triple jump. Dominating the event form the start, Mary’s distance was 77cm further than her nearest competitor, Vanda Hargitai (Hungary).

Spurred on by this early victory, Cheyanne Evans-Gray (Club: Croydon, Coach: Paul Weston) was the performer of the day on the track – she set two PBs in the 60m and went on to win the final. Team mate Leonie Ashmeade (Club: Wakefield, Coach: Lewis Samuel) took 5th in the final. With a large entry in the men’s event Jack Lawrence (Club: Birchfield Harriers, Coach: Andy Paul) finished 6th overall, running in lane 8 in the A final.

England’s middle distance runners also performed well overall; a previous English Schools’ AA 800m champion, Khahisa Mhlanga (Club: Herts Phoenix, Coach: Mick Judd) ran well in the Bratislava 800m finished really strongly to finish 3rd just a few tenths behind the Czech winner. Christian Byron (Club: Birchfield Harriers / Nottingham Trent Uni, Coach: Luke Gunn) also had a strong finish showing a distribution of energy across the race, and also took 3rd in his race. Kirsty Fraser (Club: Preston / Brunel Uni London, Coach: Andy Bibby) is in her second year of moving up to the 1500m distance; she missed the break but worked hard to get back to the group and finished a strong 4th in what was a fairly slow paced race overall.

The team’s support staff were impressed by all the athletes on and off the track – reporting that all conducted themselves with professionalism and a mature approach to the whole experience.

Team Coach (endurance) Sue Lamb said, “I enjoyed being part of a team that’s developing; and can see the change in everyone from when we first met in the airport. It was a team that I’ve seen flourish. It was a team in the truest sense.”

Click here to watch the recording of the live streaming 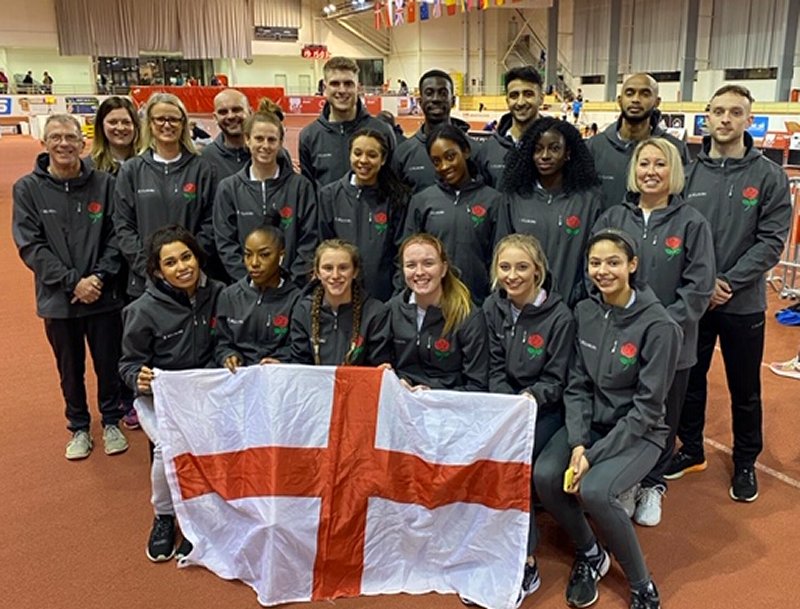